I am a returning customer

If you already have an account with us, please login at the login form.

You will be notified by e-mail once your account has been activated by the store owner.

If you have ANY questions about the operation of this online shop, please contact the store owner.

Your shopping cart has been saved, the items inside it will be restored whenever you log back into your account.

It is in the summer that it seems like a celebration of life after hibernation, then spring awakening, and then the fountain and extravaganza of the warm months begin. 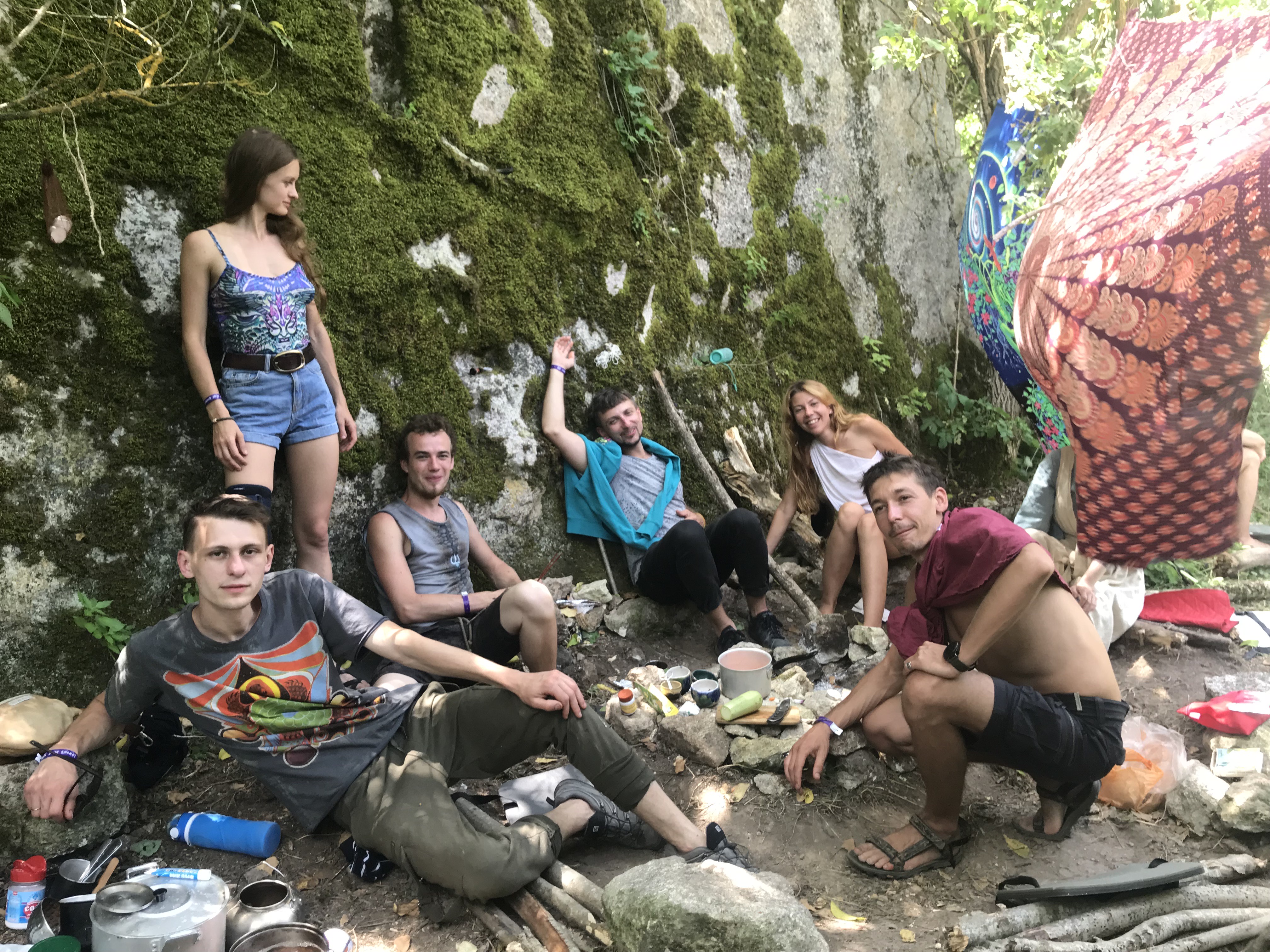 First, we were at the beautiful Sun Spirit festival in the magical gorge Eski-Kermen in Crimea. 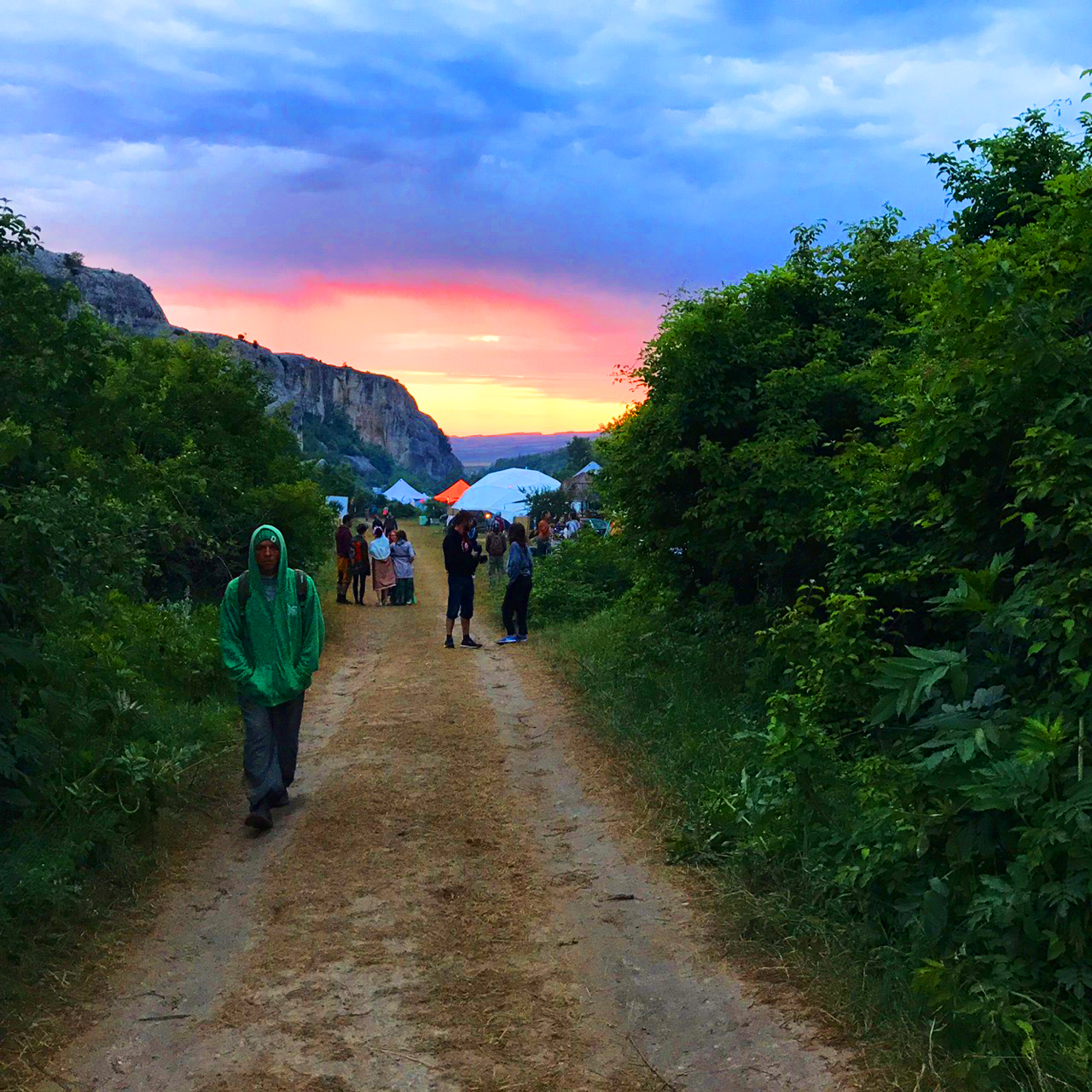 This valley is full of traces of ancient civilizations and life forms. Mystical events, people, and the intricacies of events surrounded us at every turn. Mysterious caves, bright stars, the fragrant air of Crimean mountain herbs and flowers - it was unforgettable! 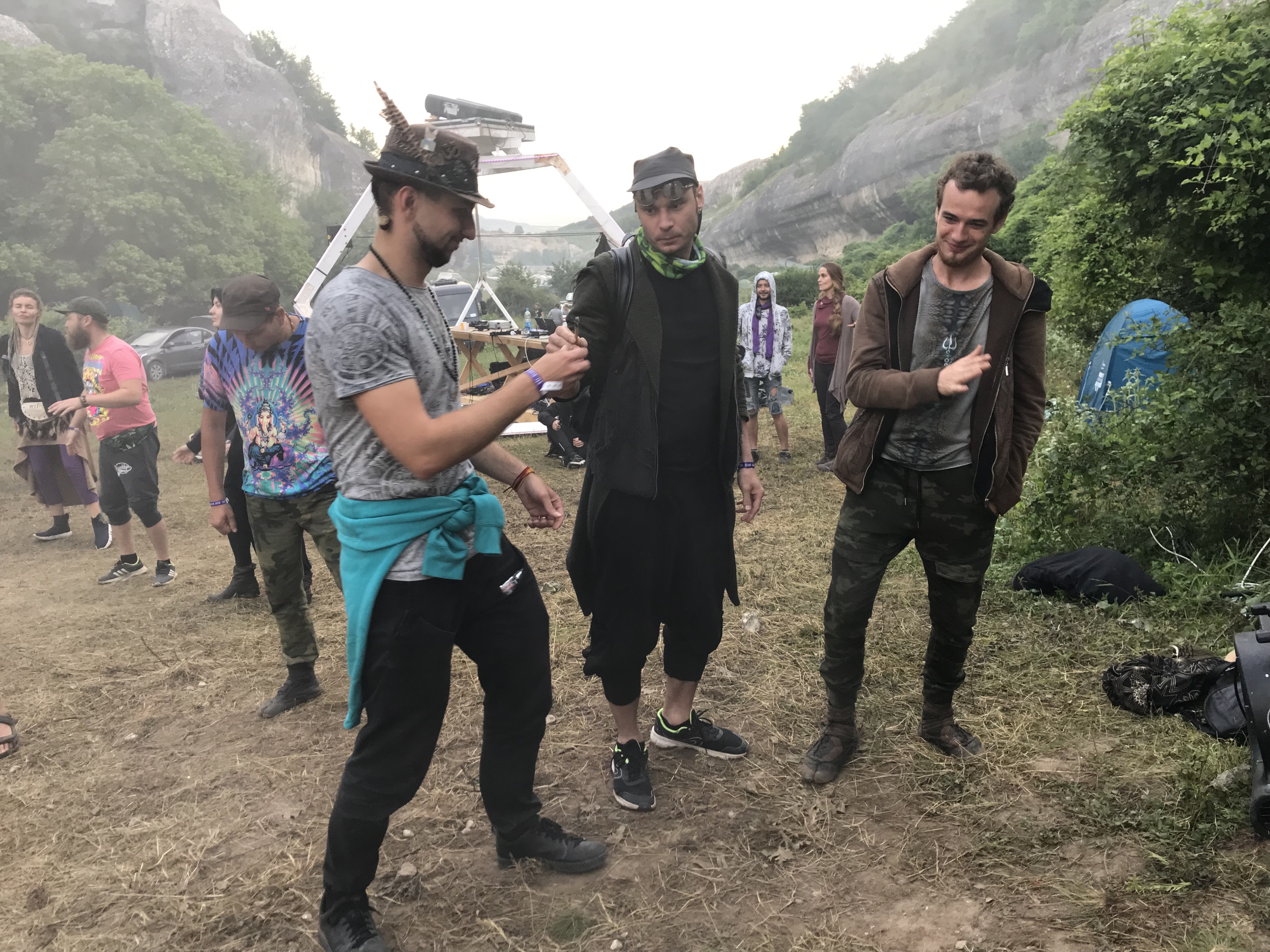 In middle of June, we also visited the private open-air BK-51, which was organized 18 times year by year. 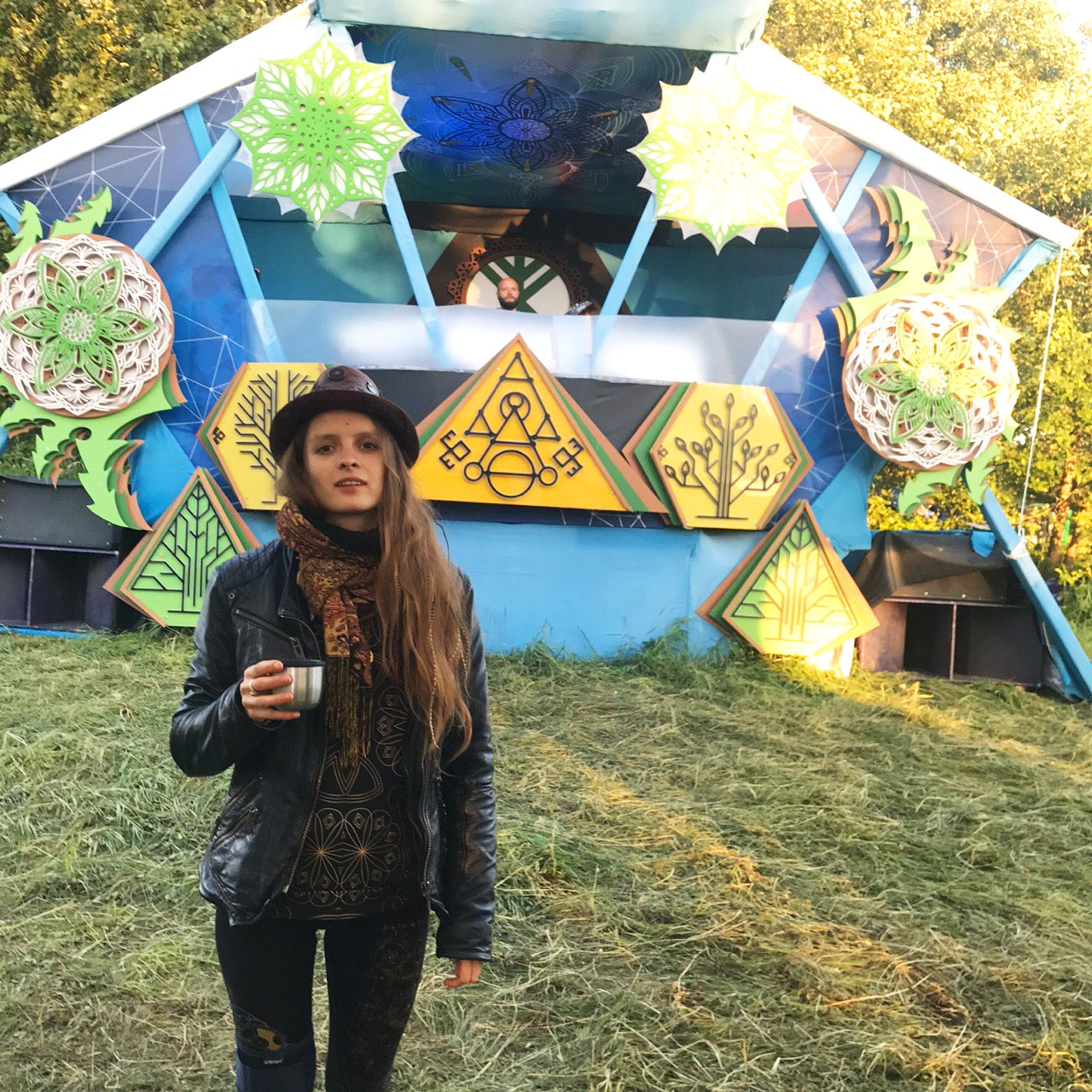 We were incredibly lucky with the weather, because when we left the city a storm warning was announced, it was raining and there was a thunderstorm. But, when we arrived at the forest, we were met by the sun and blue sky. Such a festival magic. 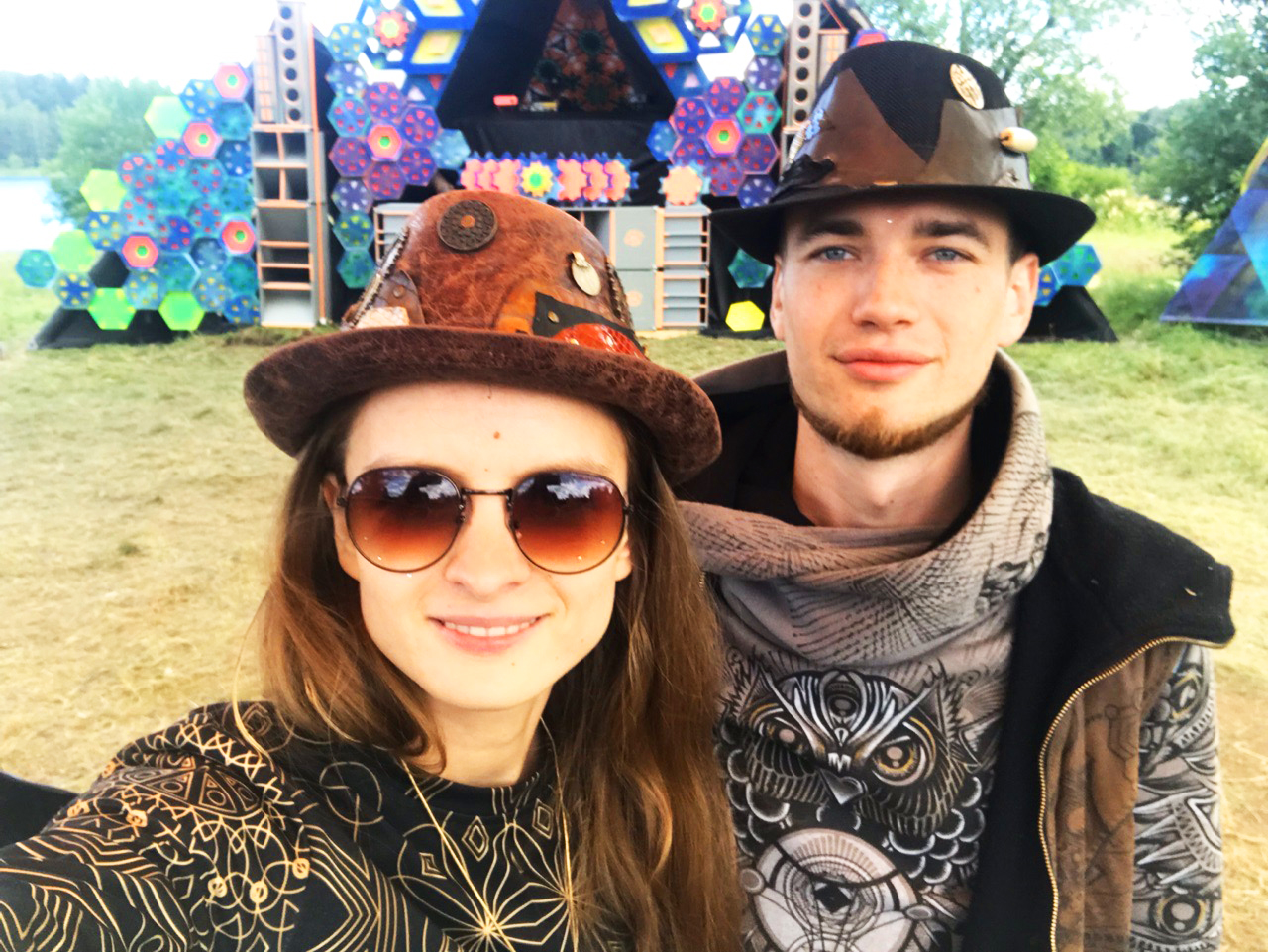 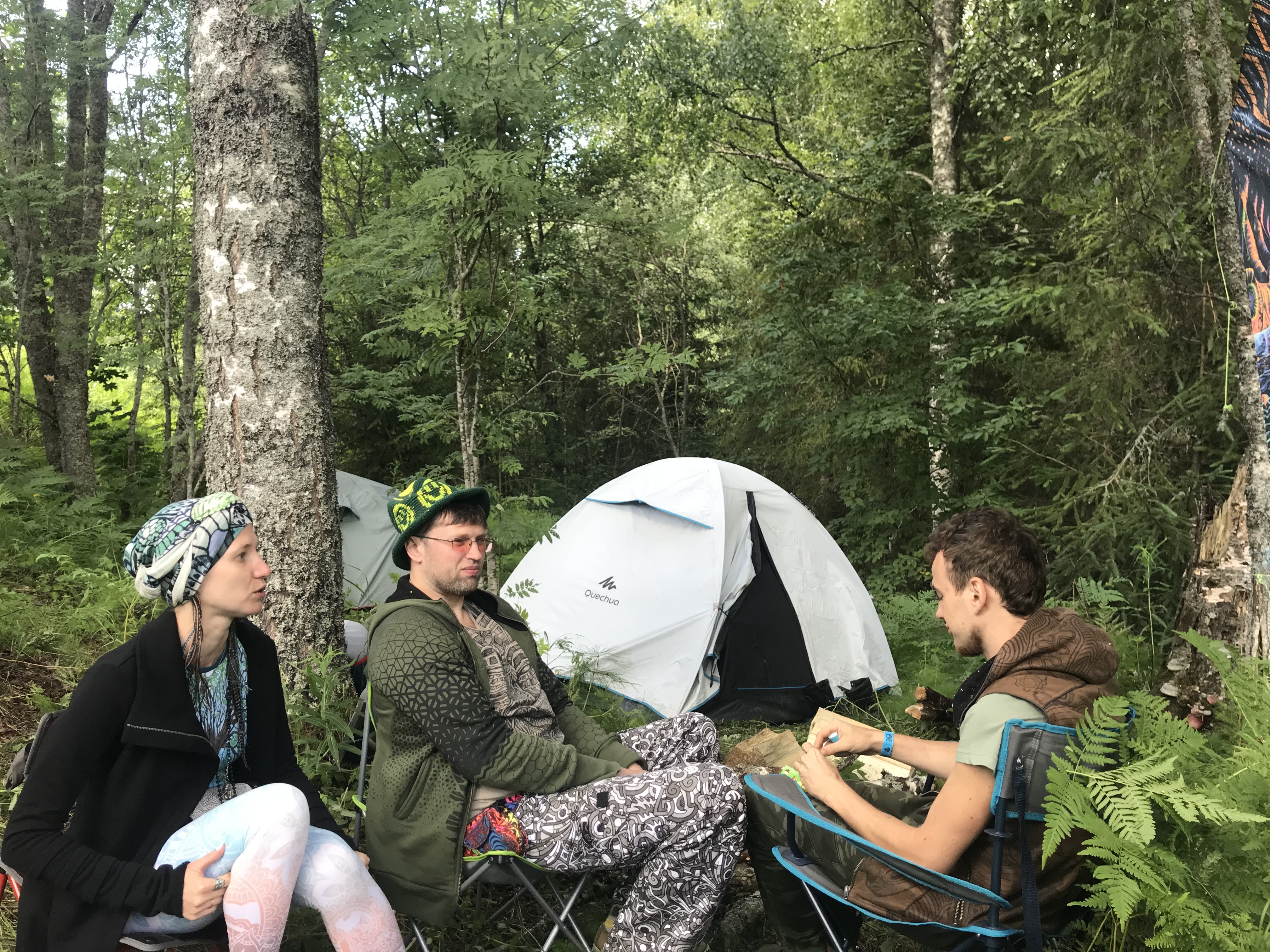 In mid-July, we decided to go to the Chillout Planet festival, which is located no less, 700 km from our city. We were a little less fortunate with the weather, since we arrived in the rain and we had to lay out a camp under continuous streams of water erupting from the sky. 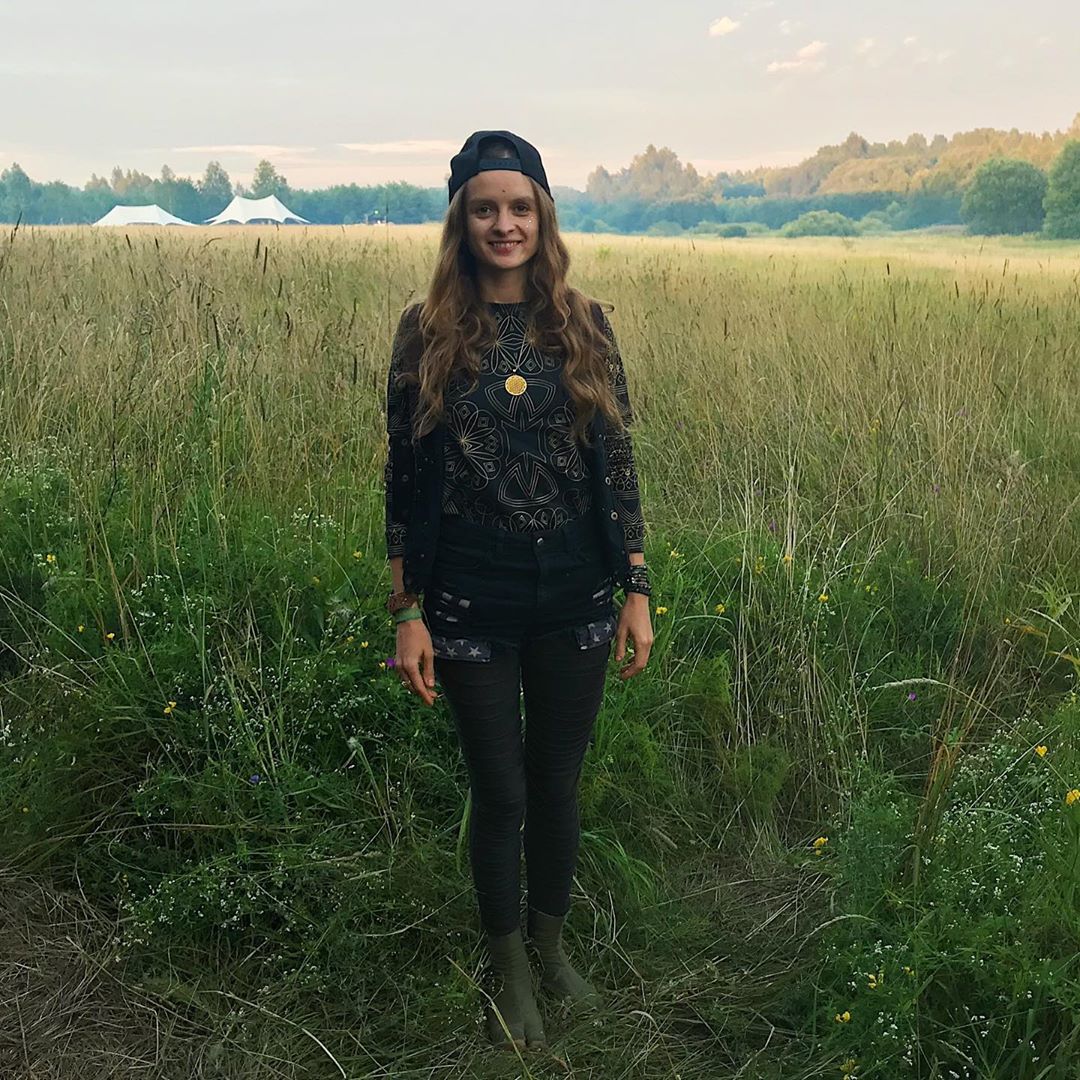 As a result of natural impact, the event venue turned into one continuous mud apocalypse. But unfriendly weather conditions more than compensated for wonderful and memorable scenery in the most unexpected places, an amazing line-up with famous musicians from around the world and a warm friendly atmosphere. Plus one in a piggy bank with impressions. 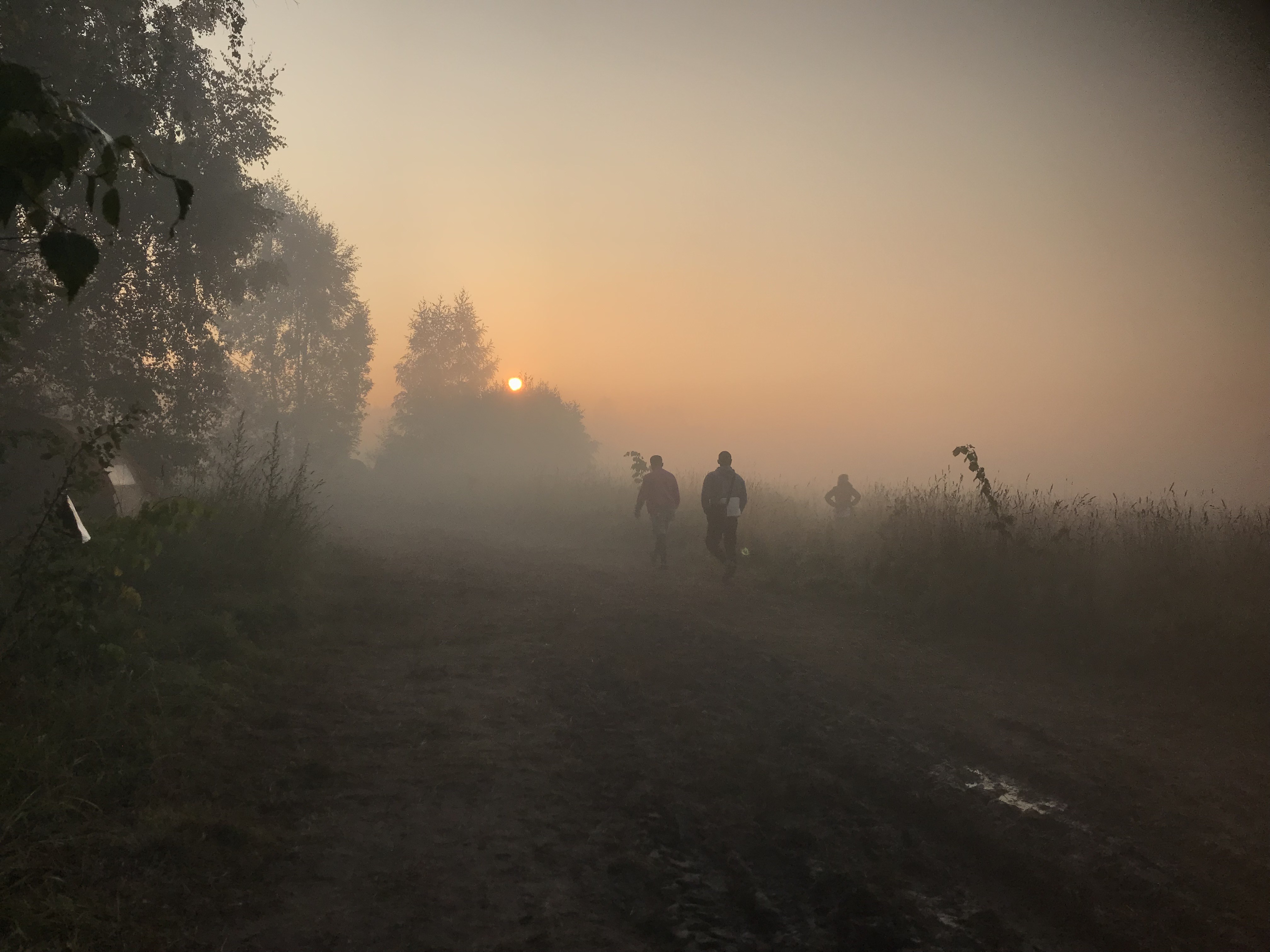 For us, the Kosmos festival in Finland, where we went after the Chillout Planet, became one of the brightest bursts in the summer waves. 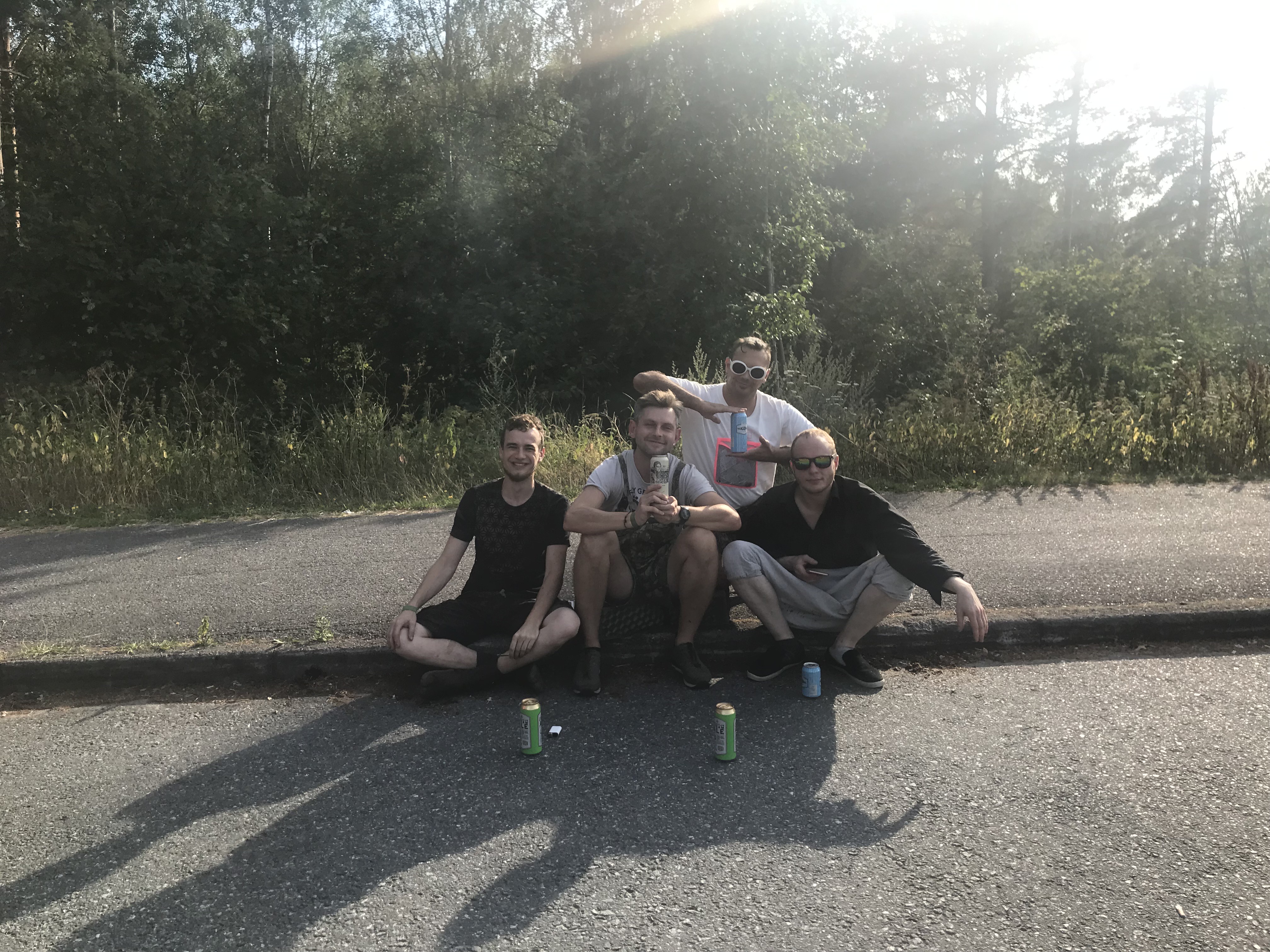 We crossed the border with Russia and ended up in a different world - after all, the Scandinavian countries have a completely different way of life, attitude to each other and, in general, the style of interaction with reality.

At the festival, we organized a store right on the main stage (Vortex). 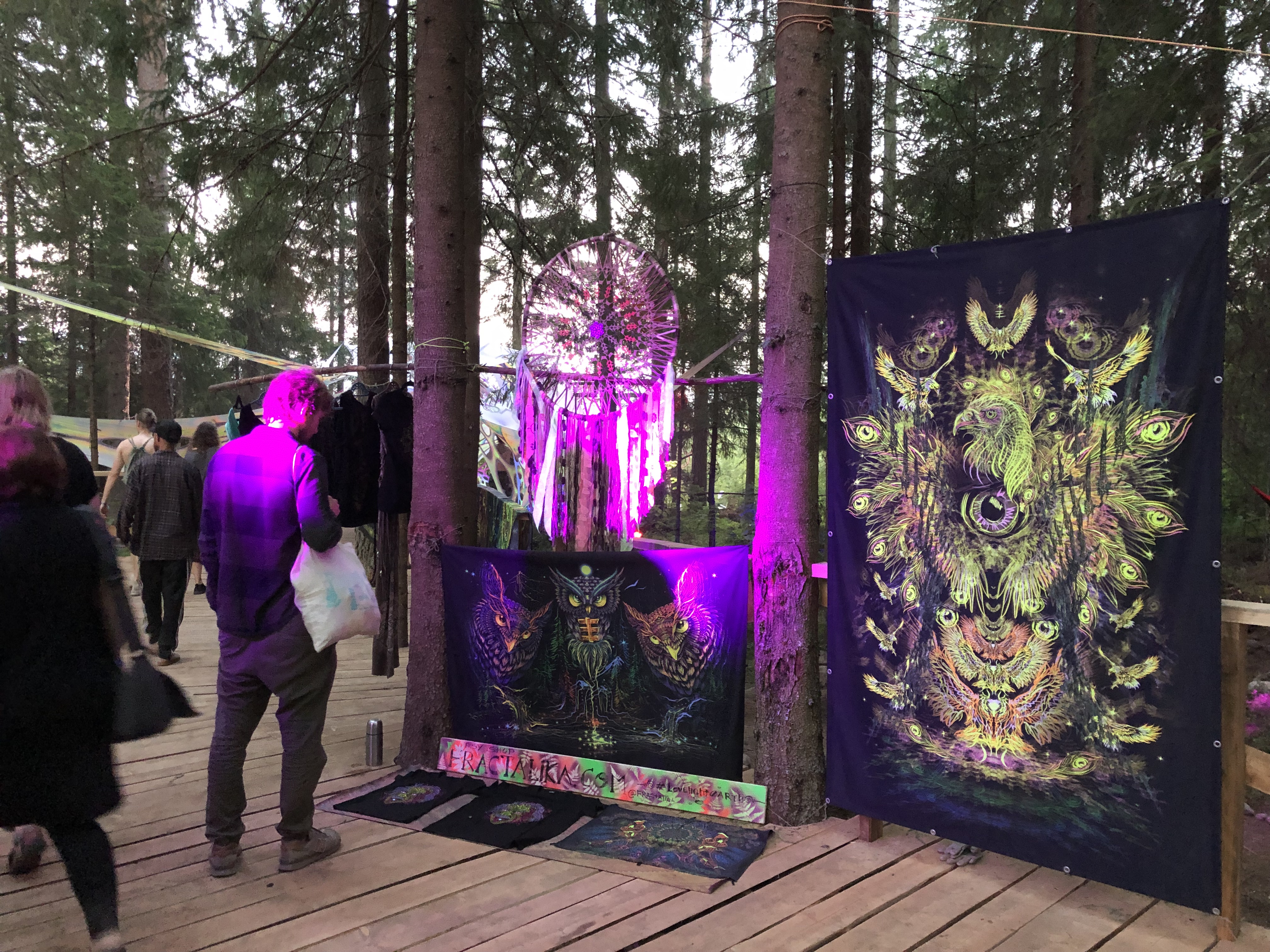 We really enjoyed communicating with the organizers - all issues were resolved as quickly and clearly as possible, their respect for the participants was traced in everything.

The decor deserves special attention - after all, all the tracks, all the clearings and corners of the festival were decorated. 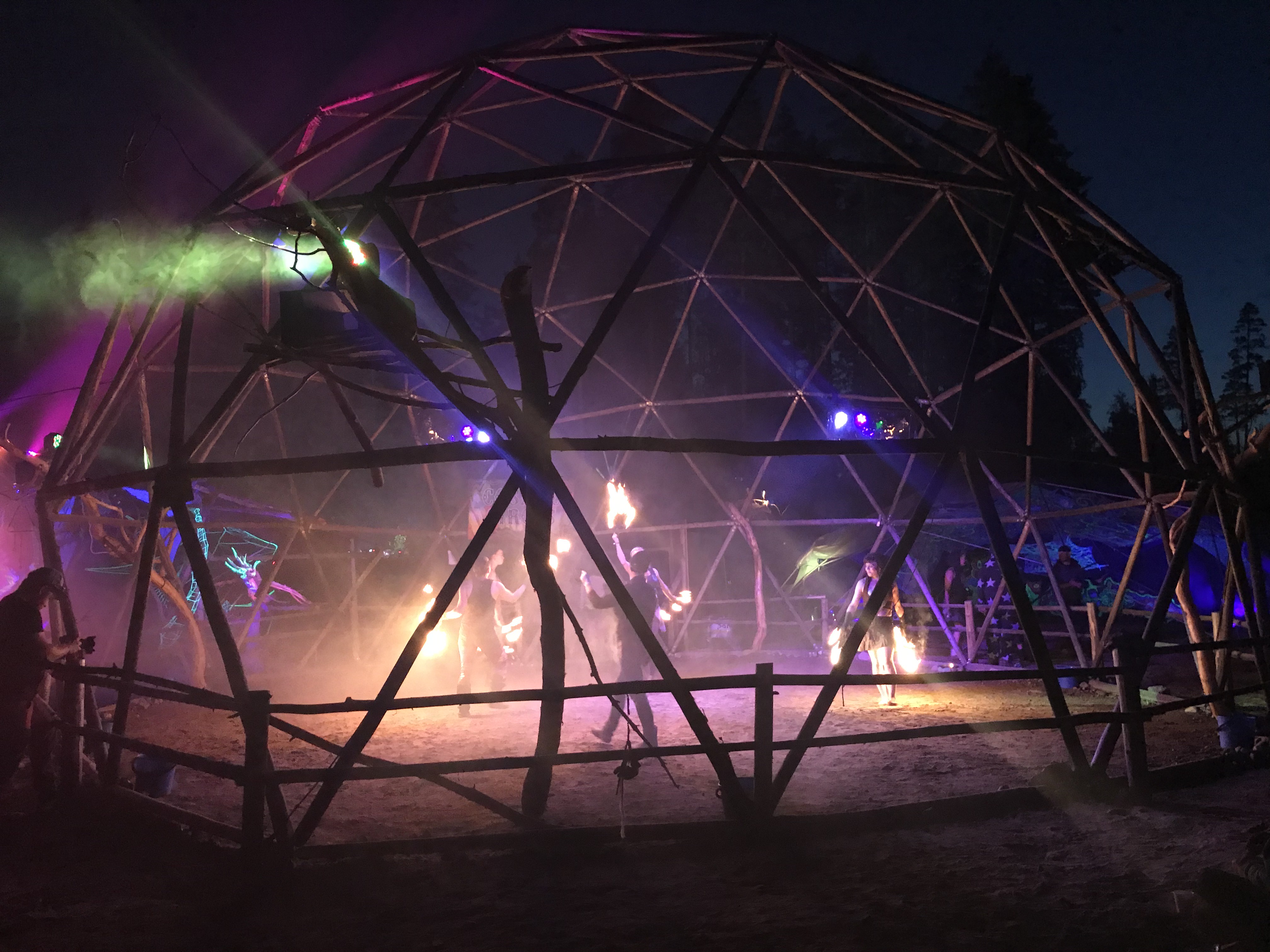 To such an extent that even the stones and sticks that stuck out of the ground were highlighted with fluorescent paint and highlighted so that people could walk comfortably. The Kosmos festival has one very original tradition: to take a general photo of everyone who was on the main stage at the time the dance floor was closed, we also are at this photo. 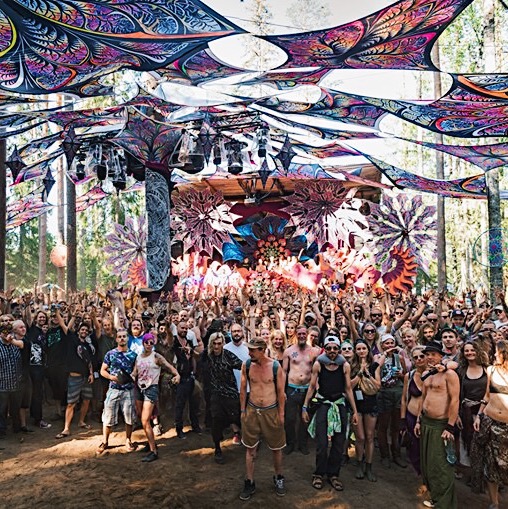 One of the many touching moments that left a deep imprint: in the last moments of the party, the music was suddenly stopped, everyone stopped dancing and the organizers announced that one of them had died, during the festival.

They talked about the history of the event and how much this person did for him. Everyone froze and listened attentively - a deep sacred moment of universal unity...

And then they said that this man loved the suomisaundi very much and now Salakavala will play two of his favorite tracks and the party continued for a couple more hours. These are Finnish festivals, friends! We would like to say special thanks to those who supported our store by purchasing uv tapestries and t-shirts from us.

Having a little rest, we went to another festival - Skazka, whose headliners were E-Mantra, Carbon Based Lifeforms and Puoskari. 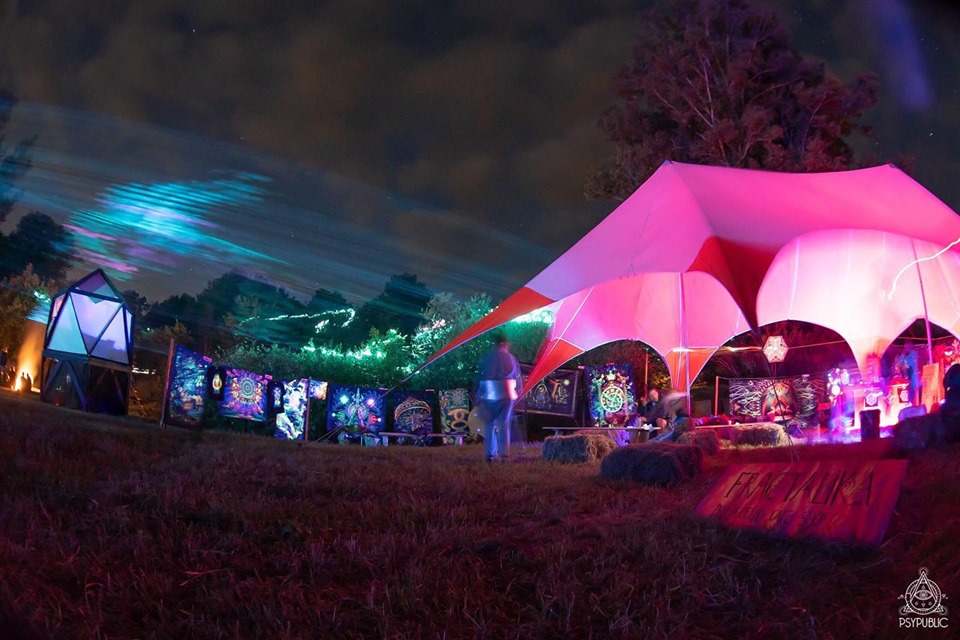 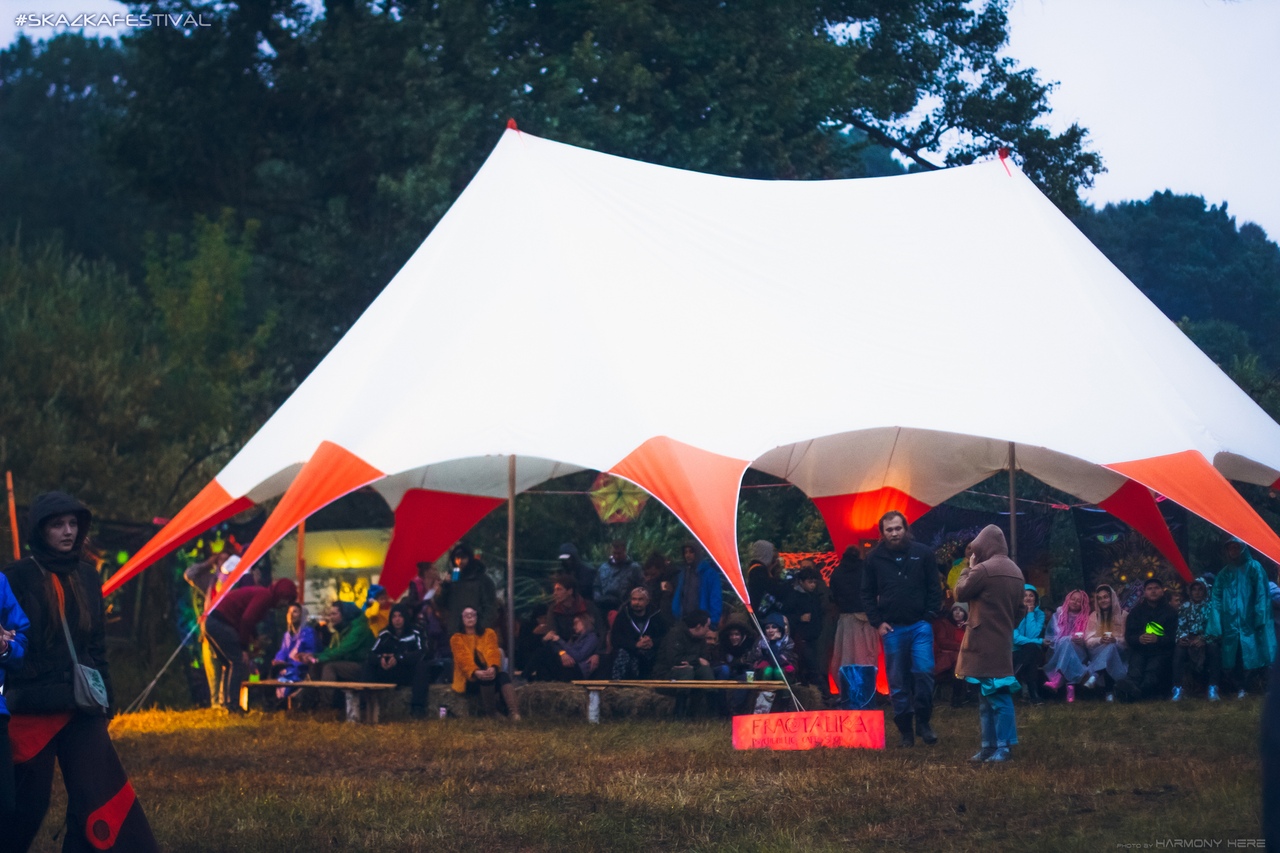 In a few days, preparations began: there was an idea to make our own tea house on the main stage and combine with a gallery store and food point. Here we managed to realize, one might say, two old dreams: to make our own venue at the festival and organize a vegetarian cafe. 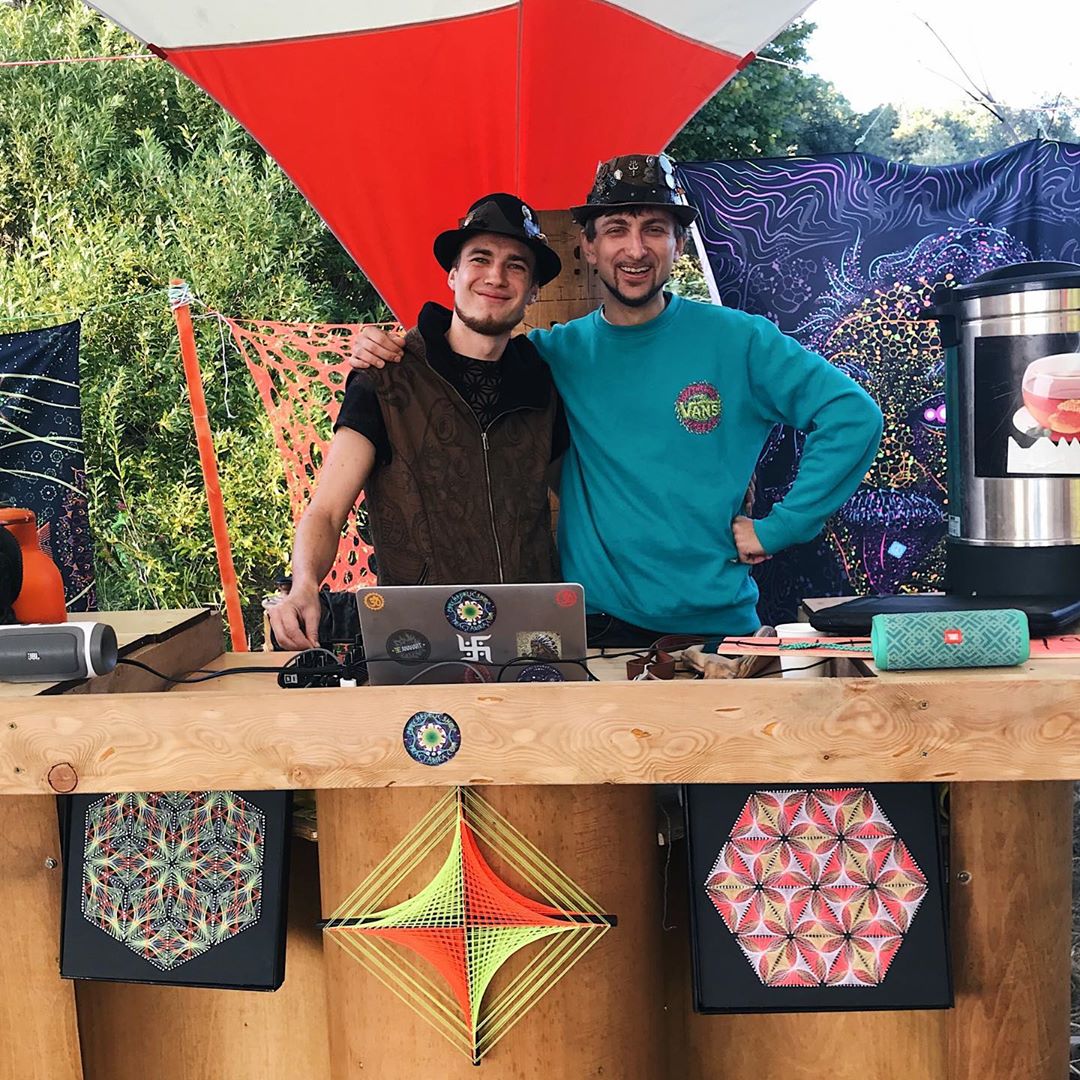 For some members of the team, this was the first experience in life at the bar and in general with the kitchen. 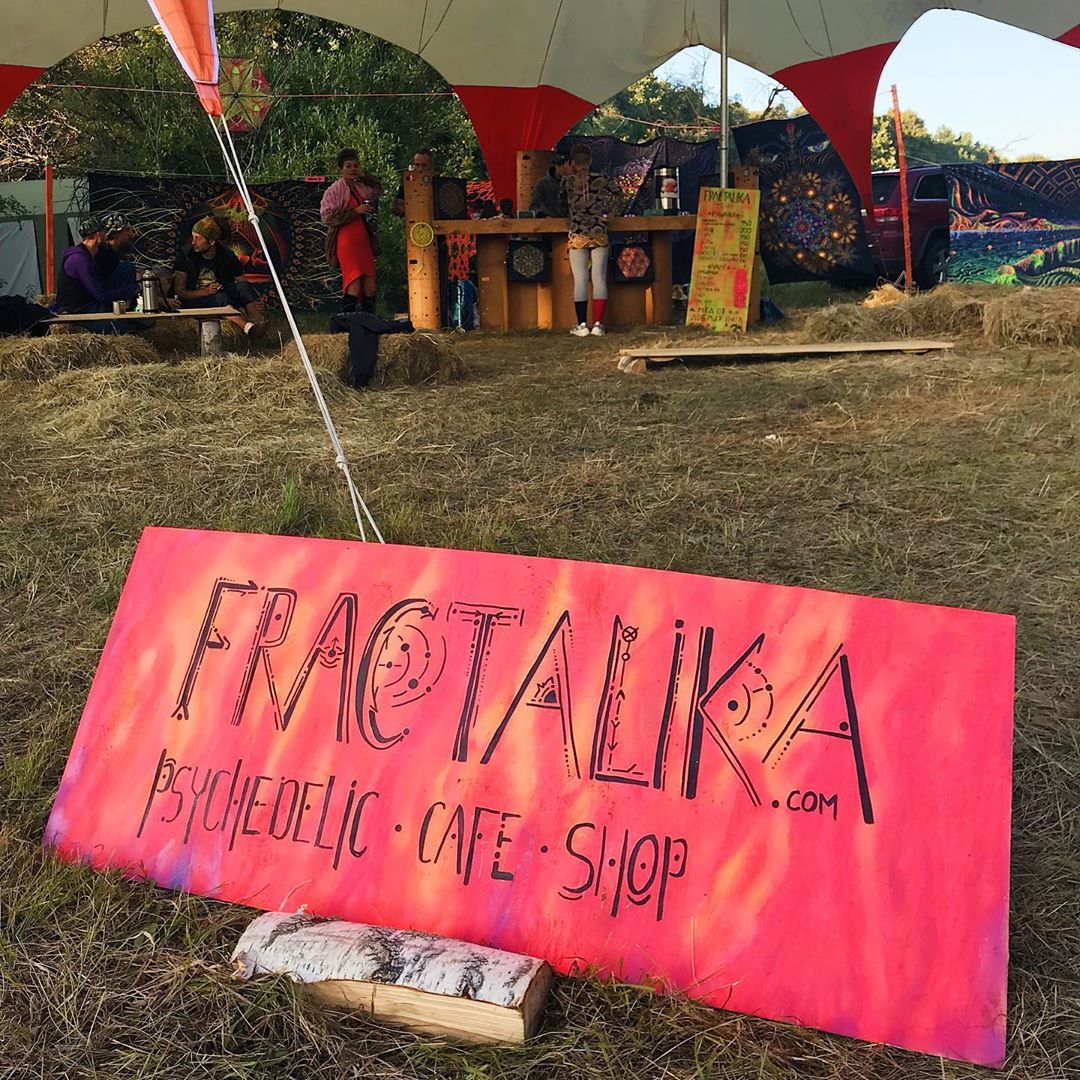 The feedbacks from people are certainly amazing, because it’s so great to do something necessary and pleasant for people (and hot food and tea on a cold night of a forest festival is of great importance). 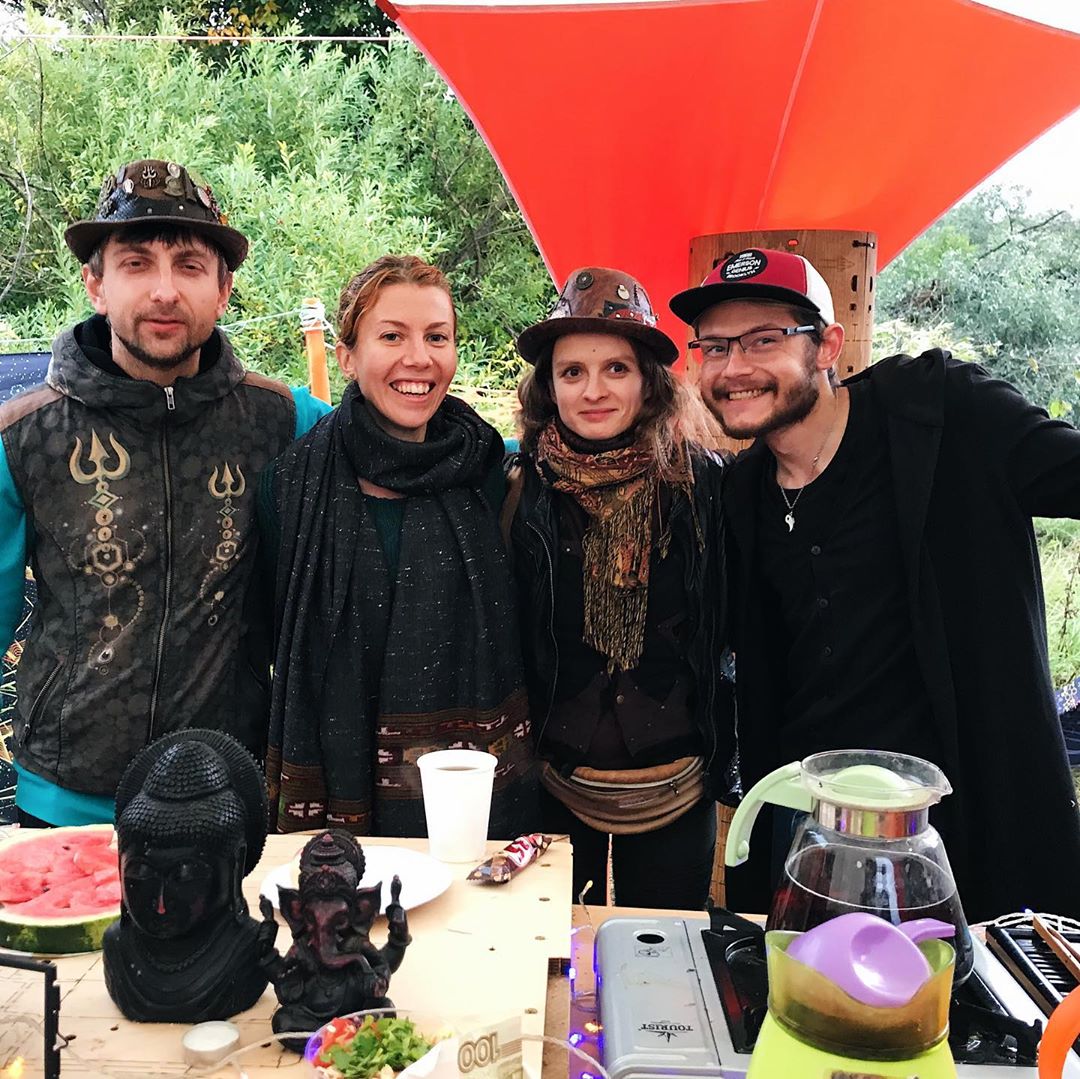 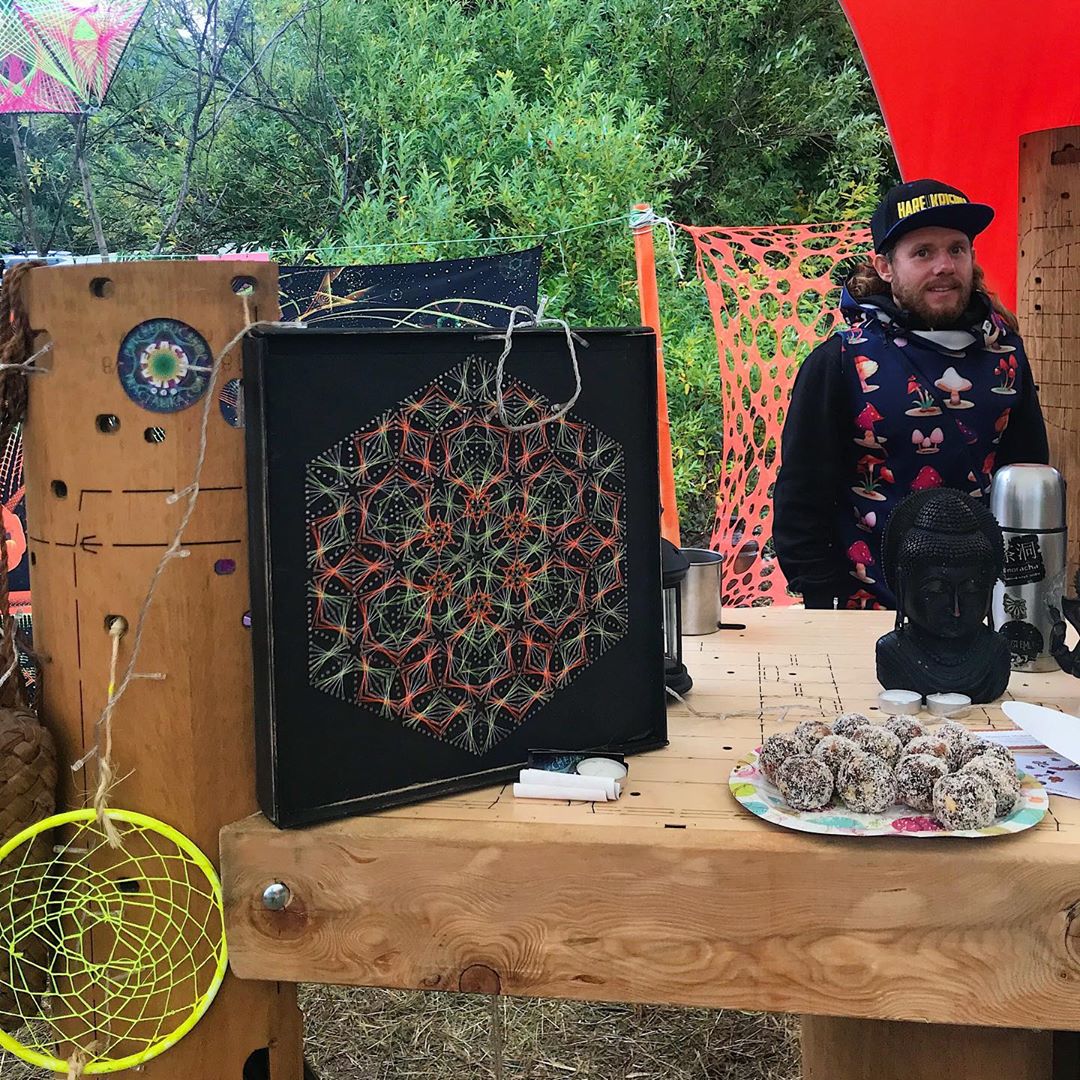 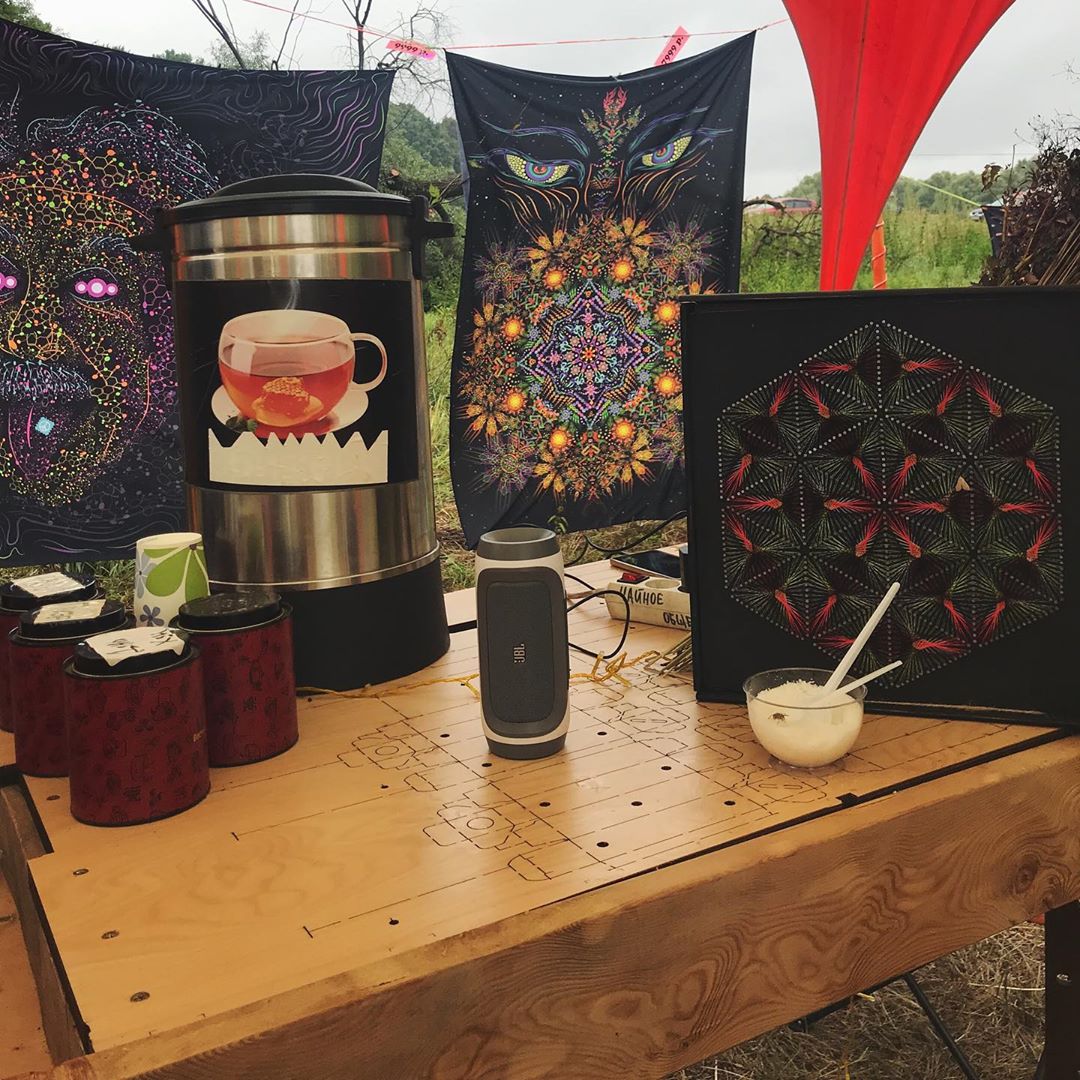 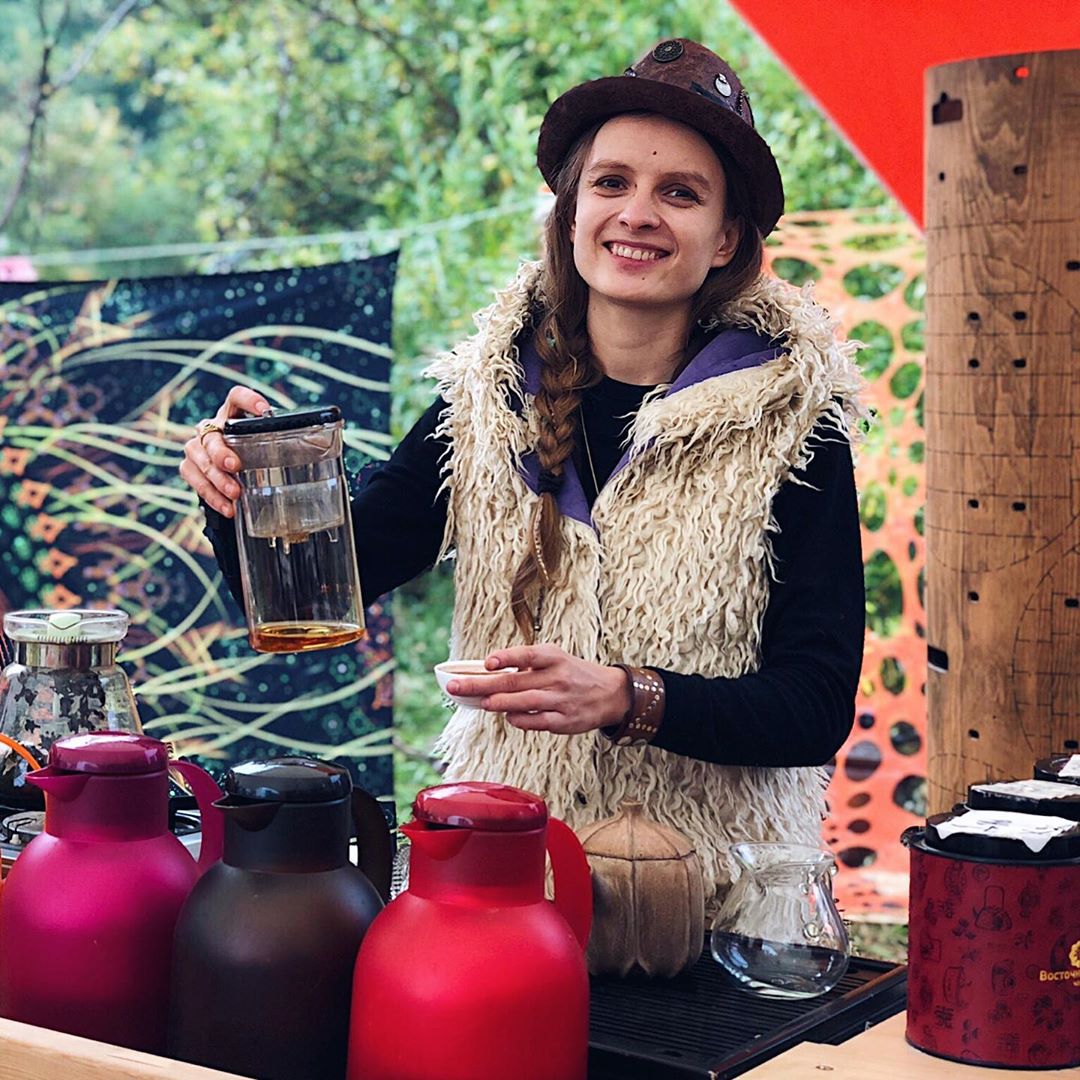 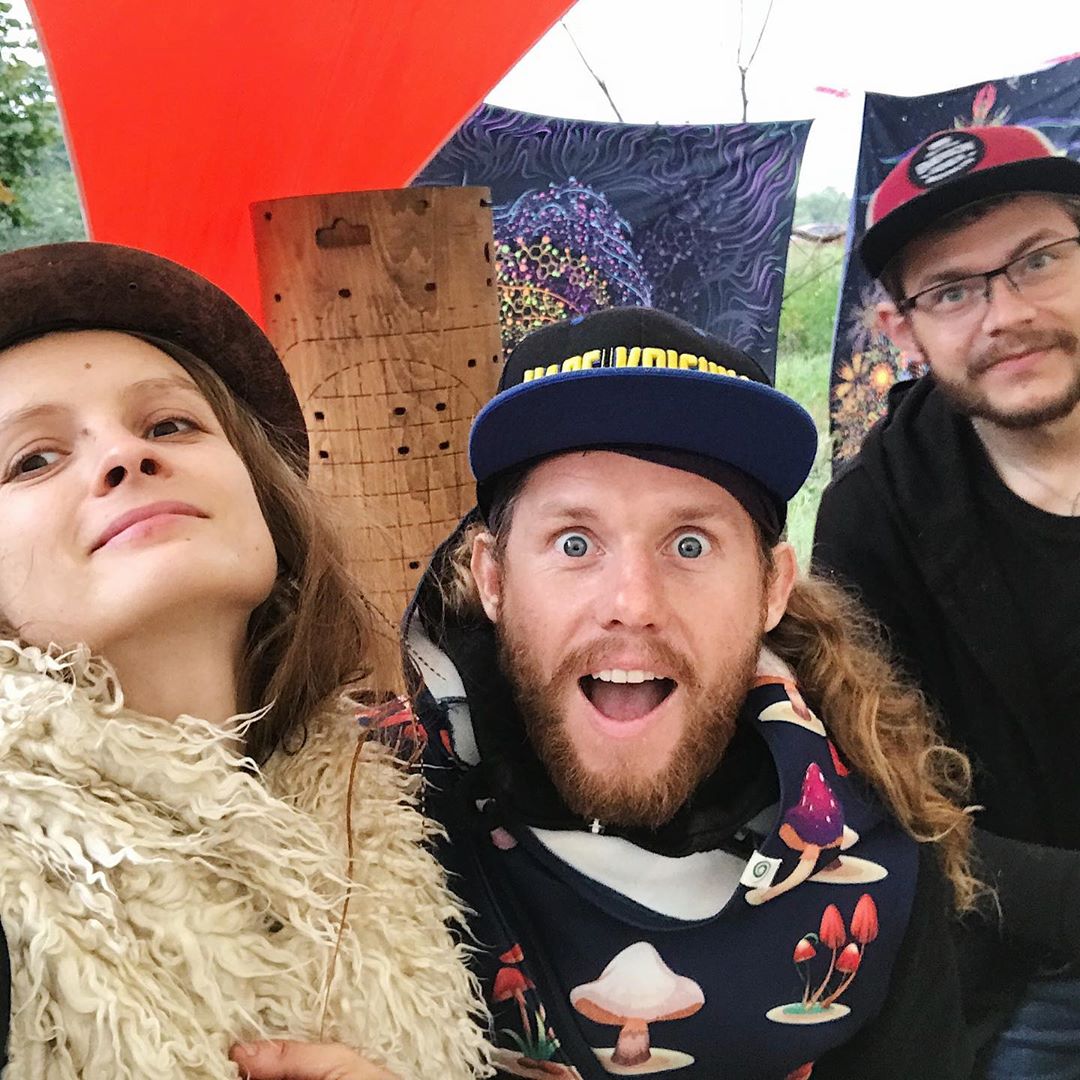 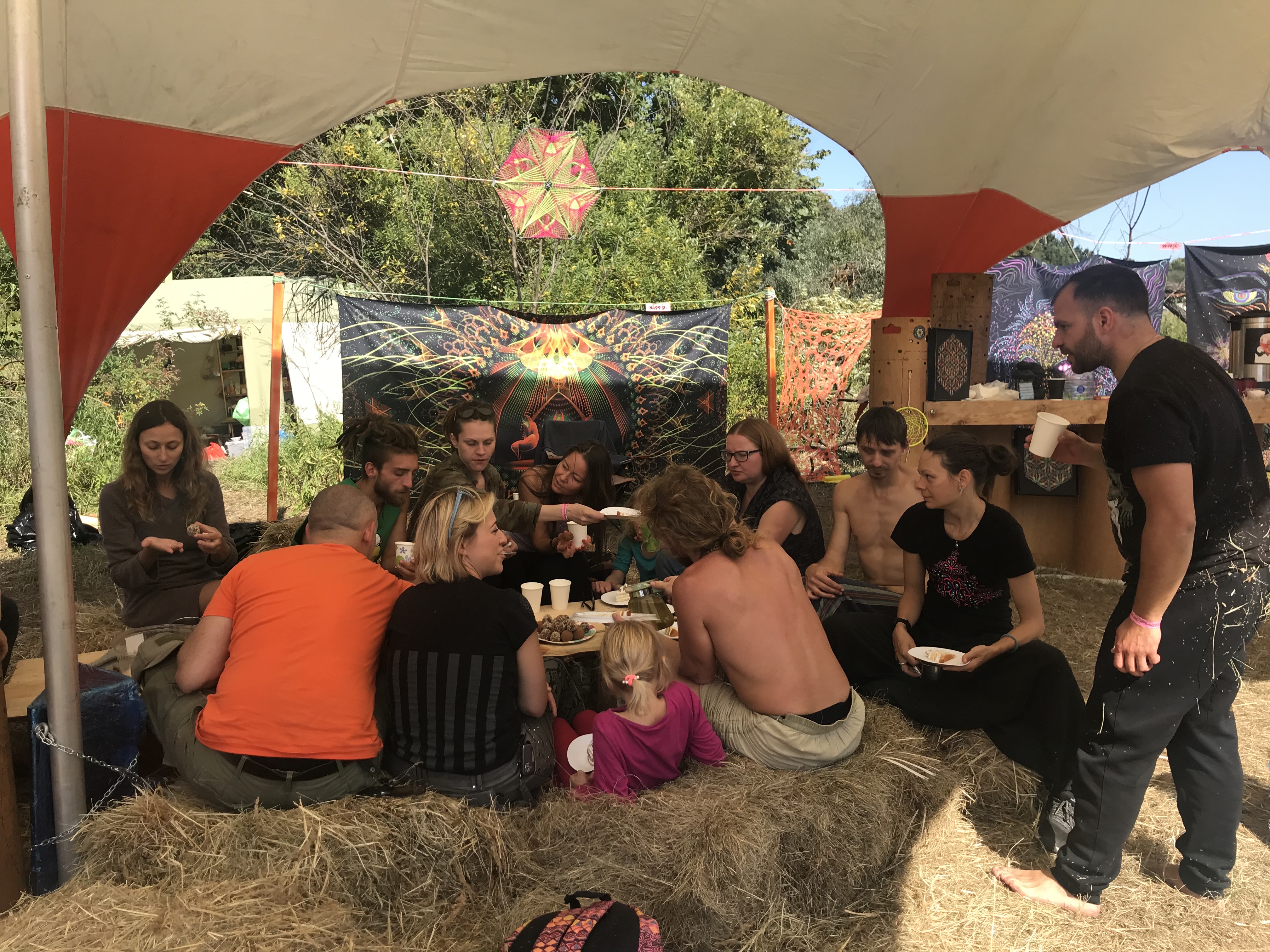 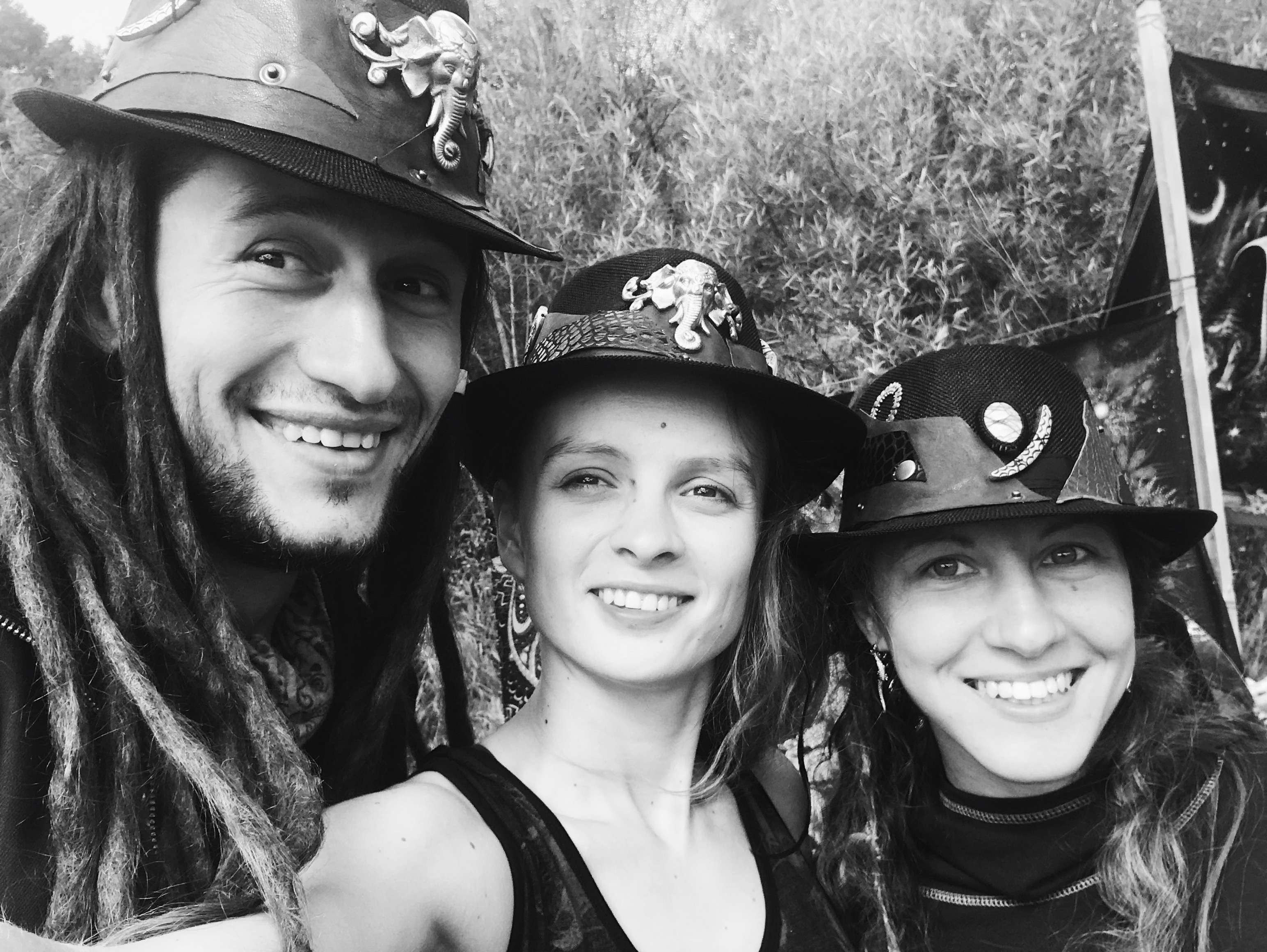 We liked the overall teamwork, and we are extremely pleased with everything that happened on these beautiful August summer nights. 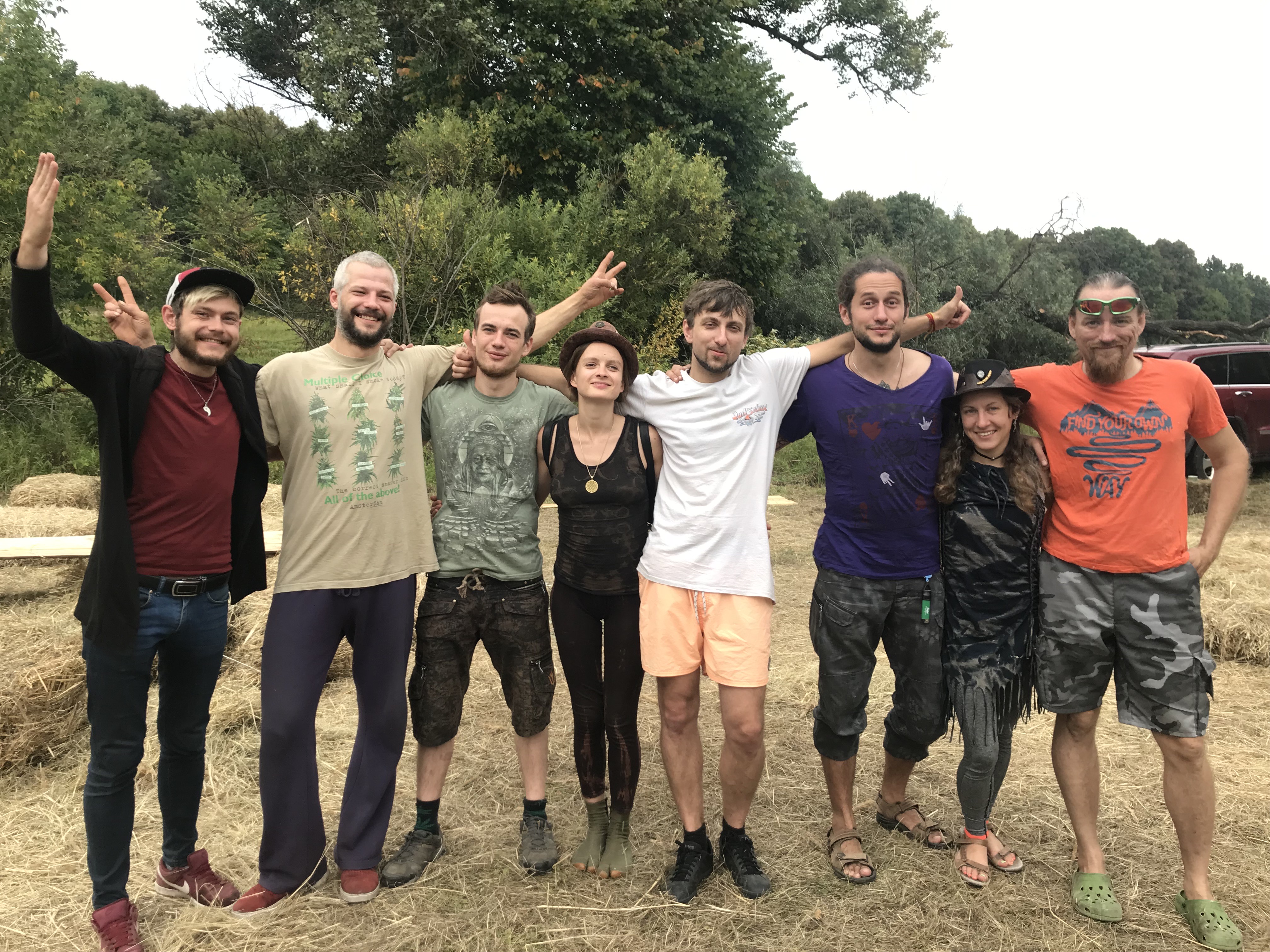 In autumn, the idea came up to organize a party in Moscow. 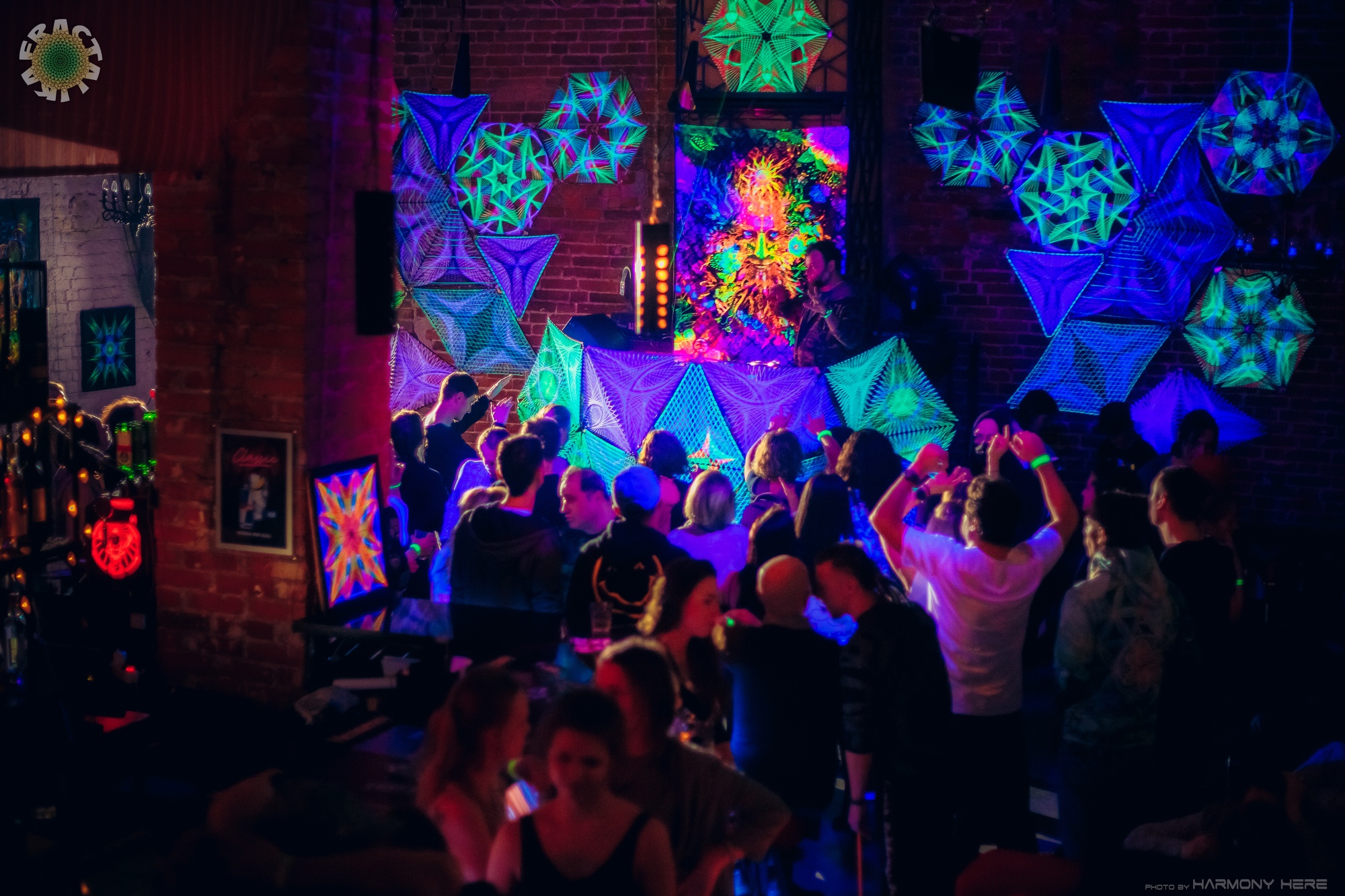 The right time to start came at the end of October, when we began to reflect on the concept, looking for a location, and then discuss the conditions with the musicians, think over decor options, a tea room and other small organizational issues. 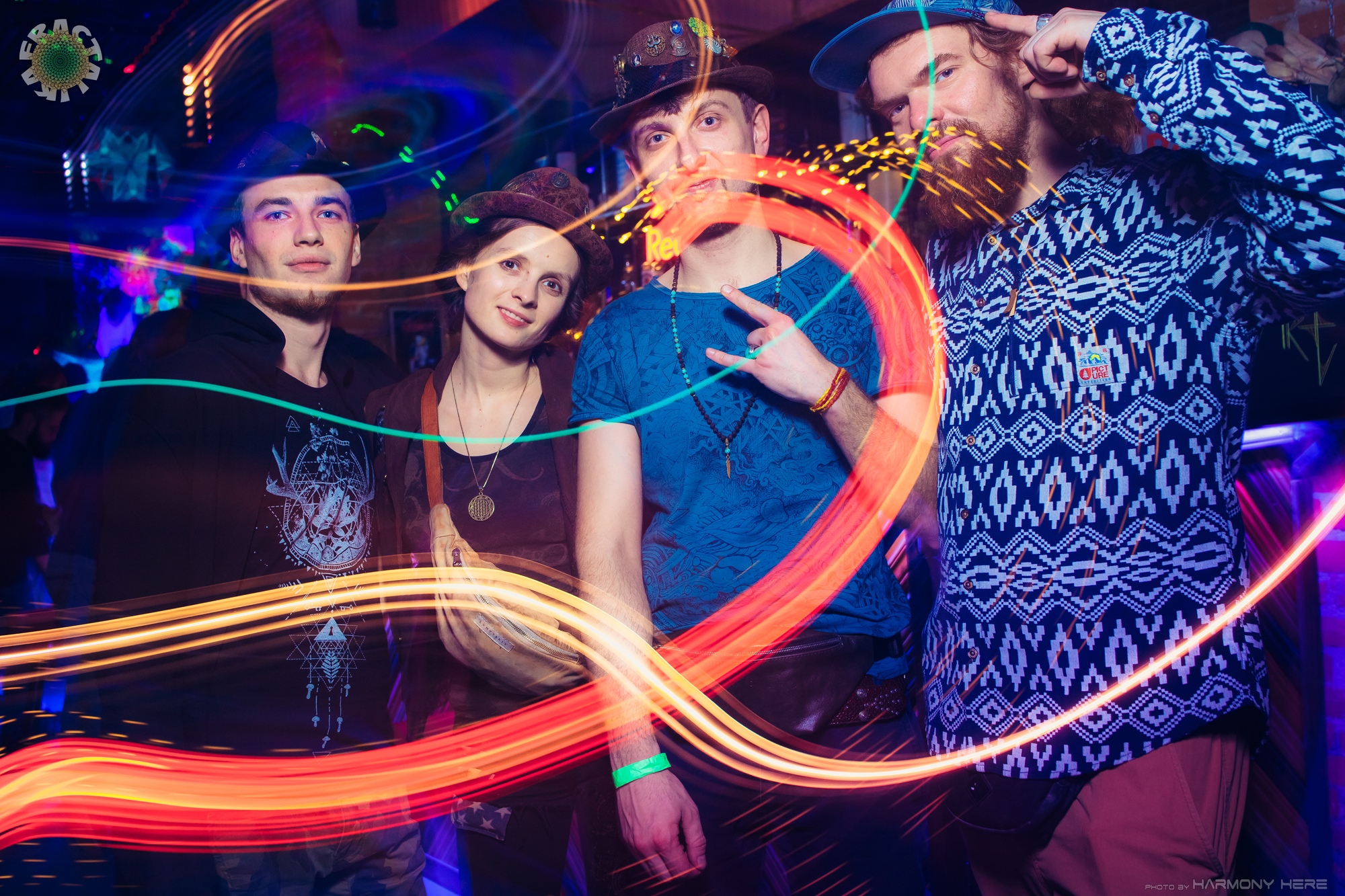 The name of this event: Fractalika Shamanic Dance. On day X, all the stars converged and those who should have been in the right place. 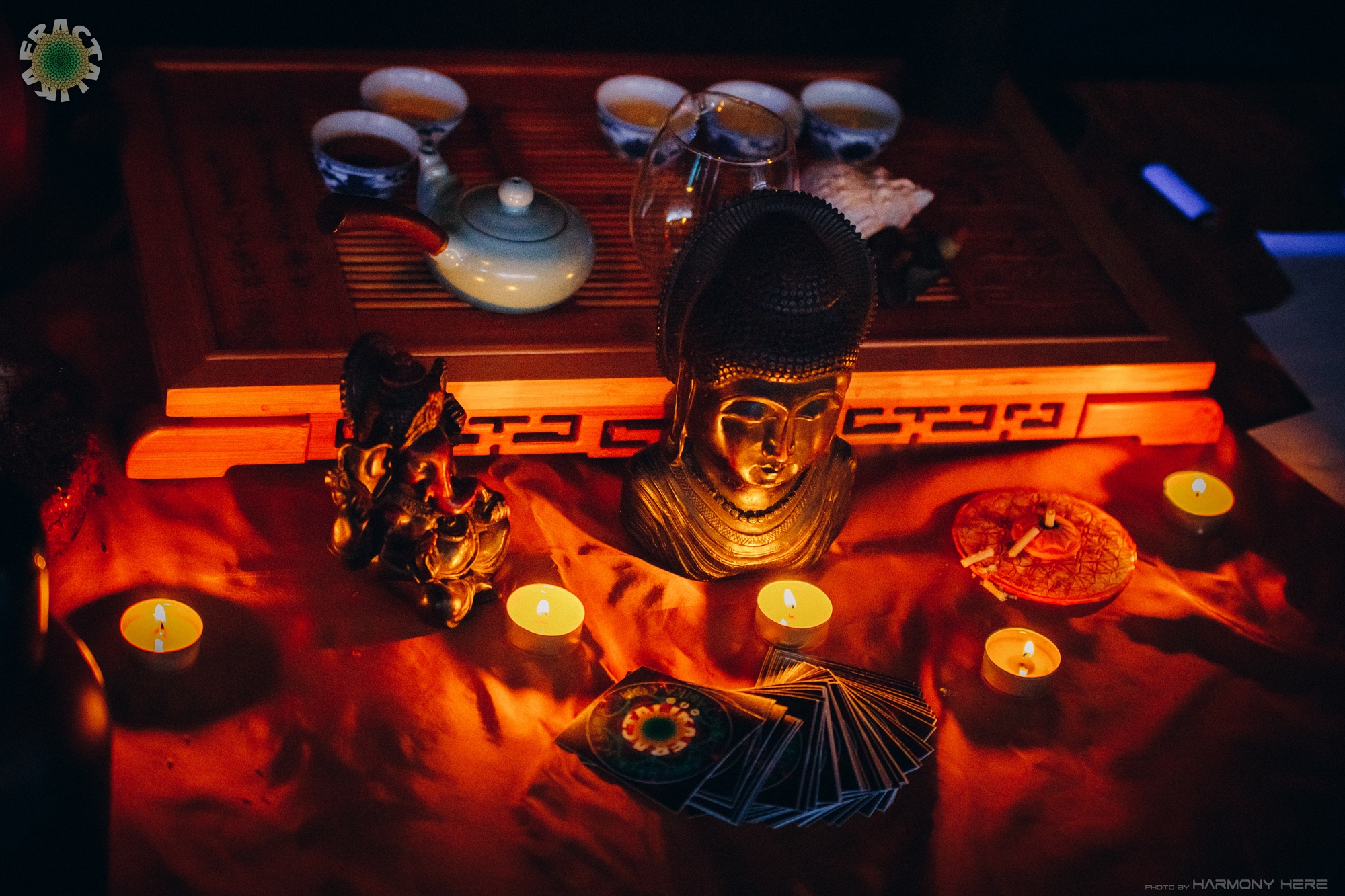 We were infinitely happy to see all the guests: how they were fond of music in the dance, how softly and smoothly flowed after from sound and energy vibrations, how they communicated and got acquainted, how they dissolved in the general flow, letting go of themselves and others and accepting again. 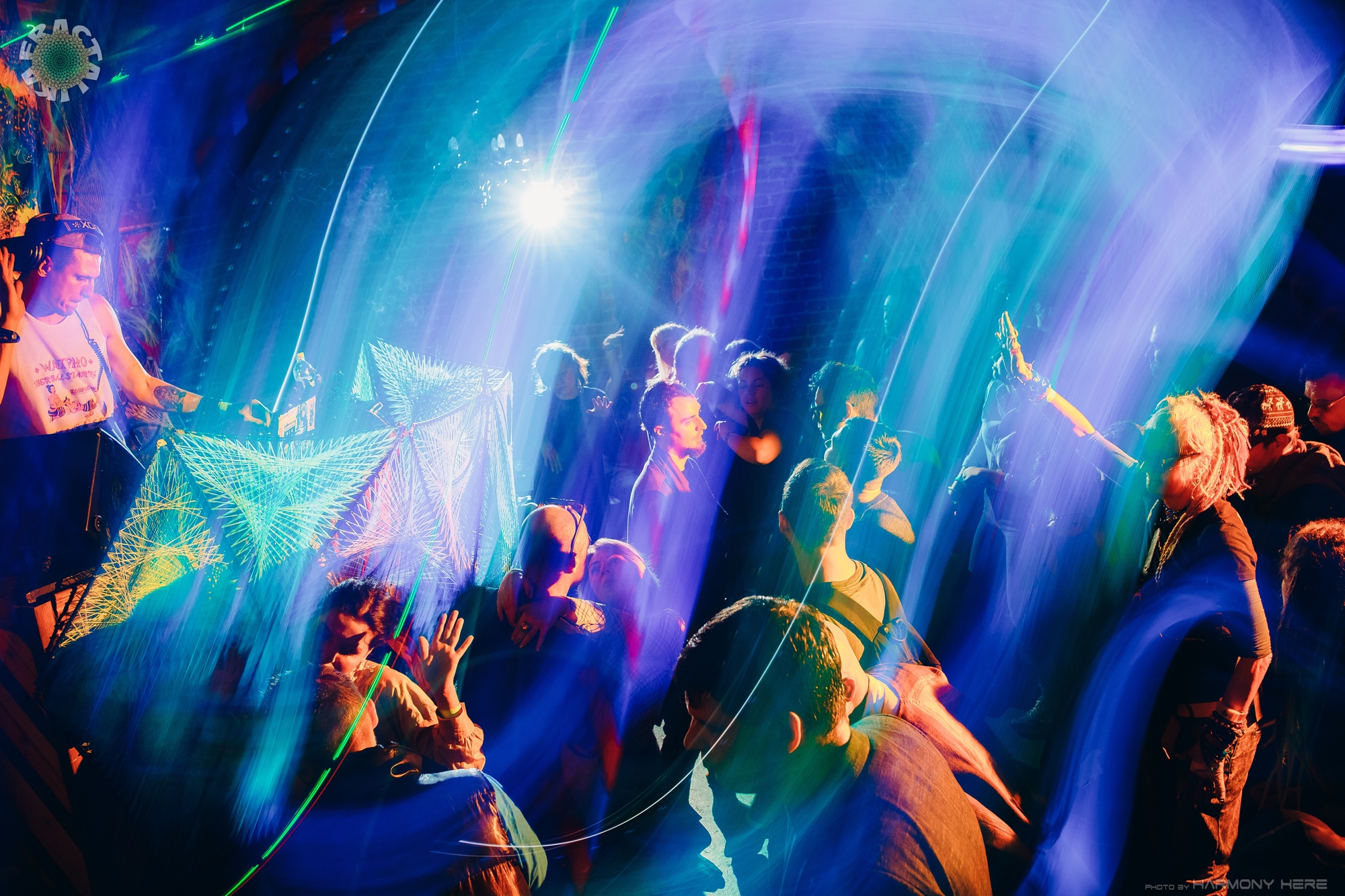 It was shamanically exciting, magically beautiful and truly deep. 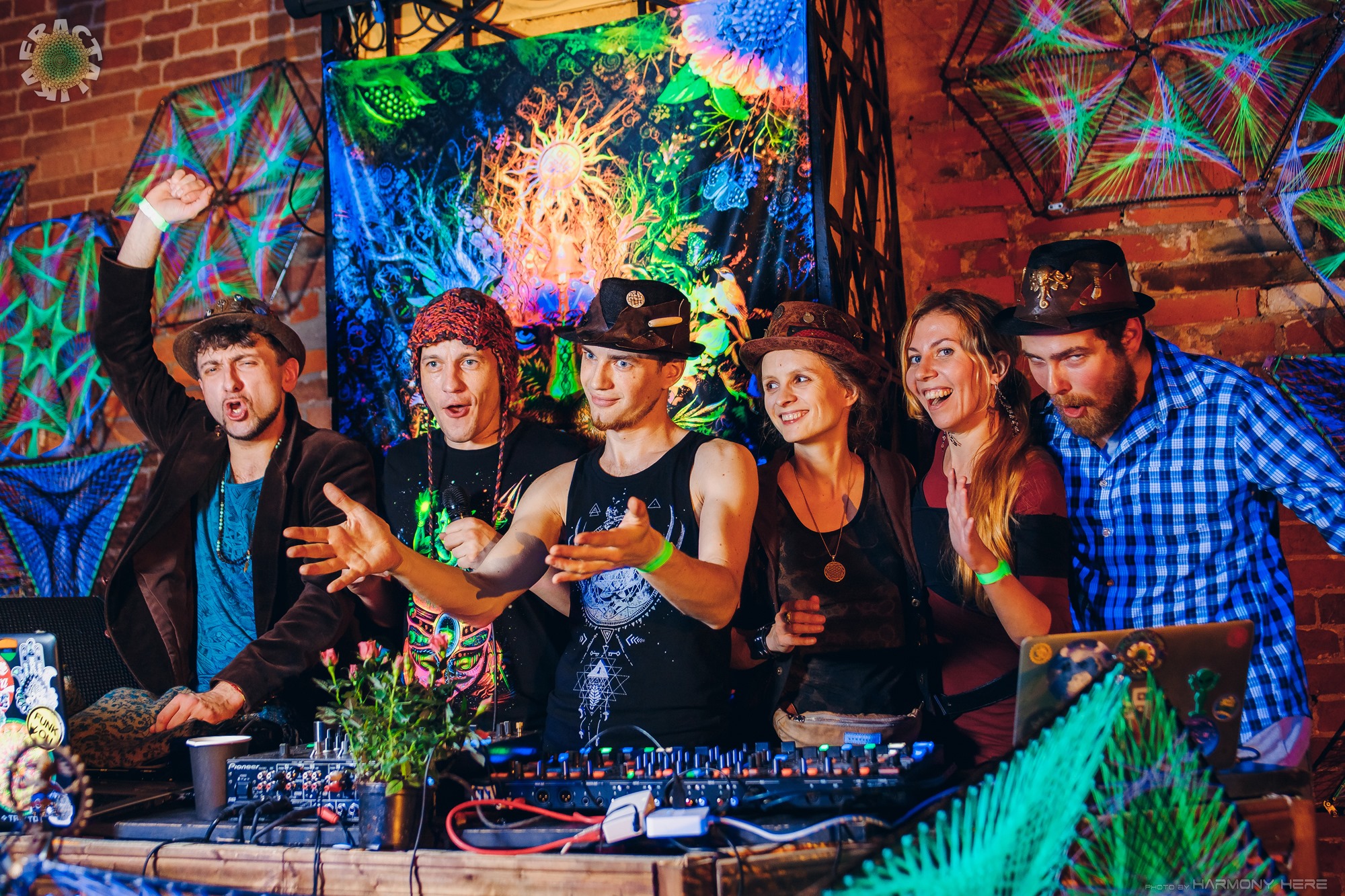 In short - we realized our common dream: to organize an event in club format. And we reasonably believe, judging by your feedback and the support of the guests, that everything went well, even though it was a debut for all of us. 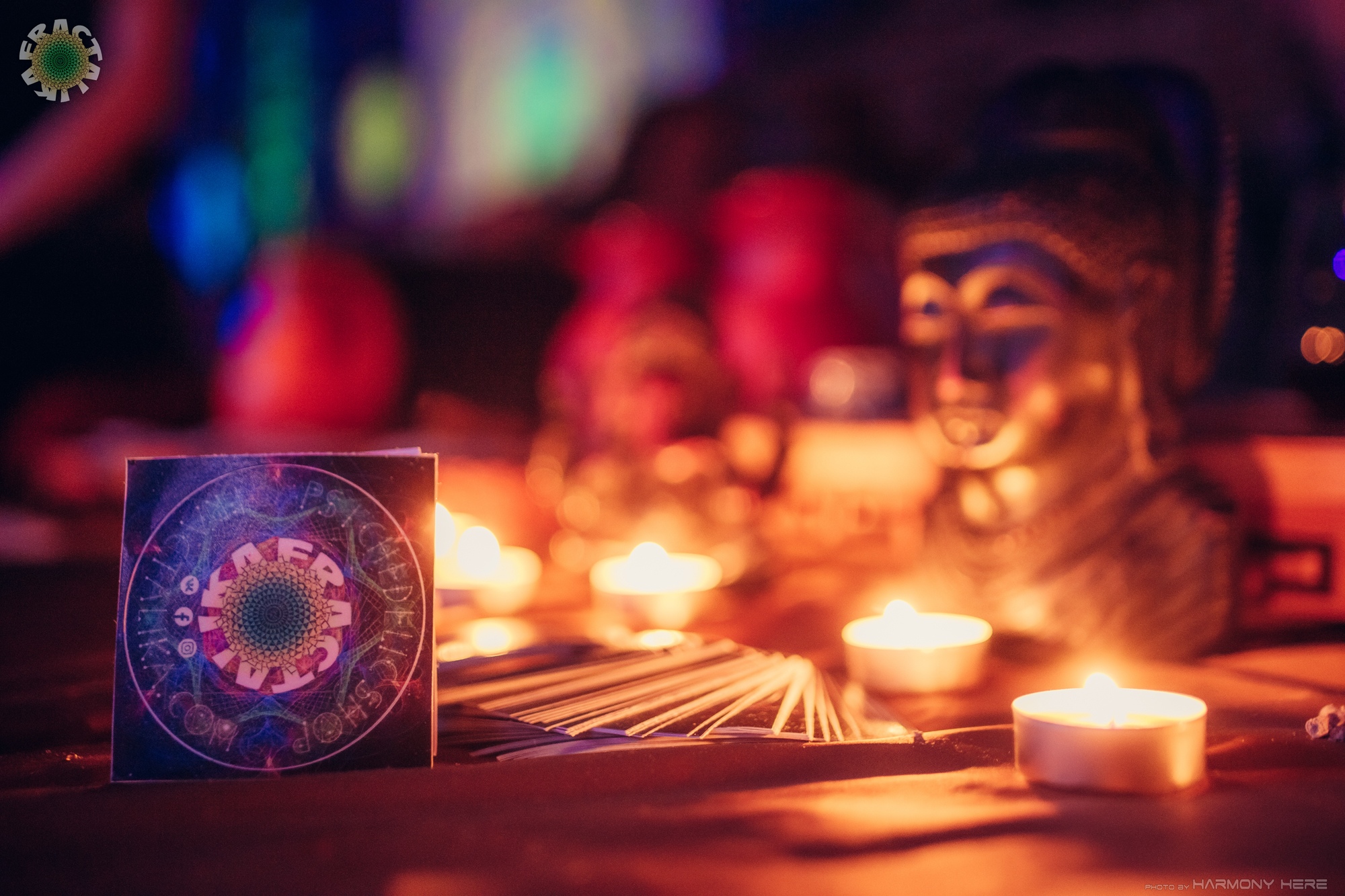 We hope you enjoyed reading this short story, friends. We are very pleased to meet each of our subscribers and readers. Soon we will give you other good news.

All the best! Fractalika Team.