I am a returning customer

If you already have an account with us, please login at the login form.

Thank you for registering with Fractalika – Psychedelic Shop!

You will be notified by e-mail once your account has been activated by the store owner.

If you have ANY questions about the operation of this online shop, please contact the store owner.

Your shopping cart has been saved, the items inside it will be restored whenever you log back into your account. 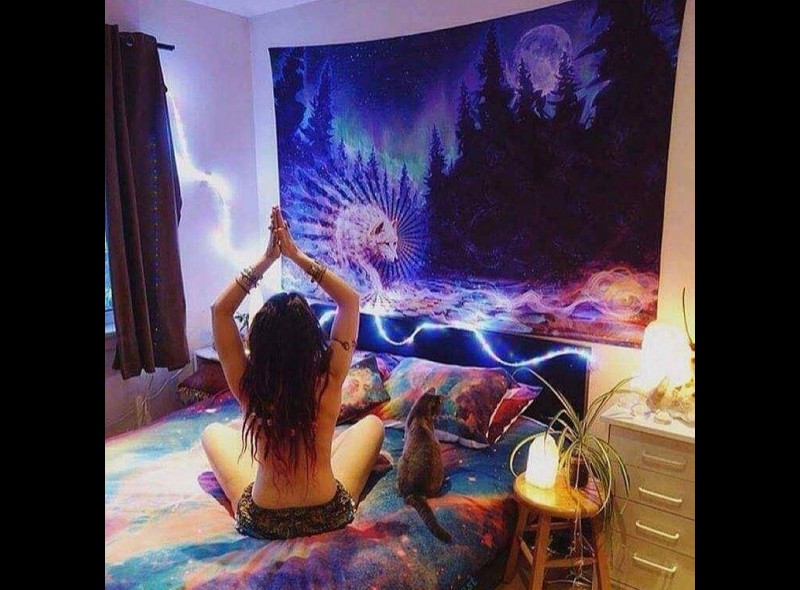 Psychedelic tapestries in altered states of consciousness and meditation

In the esoteric, there are such concepts as egregors - energy-information associations, formed by thoughts, words and emotions of groups of people, subsequently separated and begin to exist independently. There is an exchange of energy between the egregors and personalities, in one way or another interacting in it. Thus, entering into interaction with the egregor of yoga or self-development, for example, we get a qualitatively different energy than, say, being in the egregore of politics or violence. One can connect to one or another egregor through actions or using images and concentrating on them. For example, the egregor of alcohol, as well as interconnected egregors, can be connected by drinking alcohol or by concentrating on drinking and other things related to this.

Thus, when there is some object of concentration in front of us, we can reach the so-called “higher levels” related to this object. Therefore, it is obvious that it is not necessary to hang in your home images that cultivate violence, unhealthy addictions and transmit other negative information. On the contrary, it is necessary to place in your house or apartment positive images, which can be images on luminous canvases. As a rule, these canvases contain images of spiritual or transcendental practices, traveling to other worlds, visions obtained in modified states of consciousness (triples), and focusing on them to a certain extent will help shift your assemblage point and change your traditional and well-established view of reality.